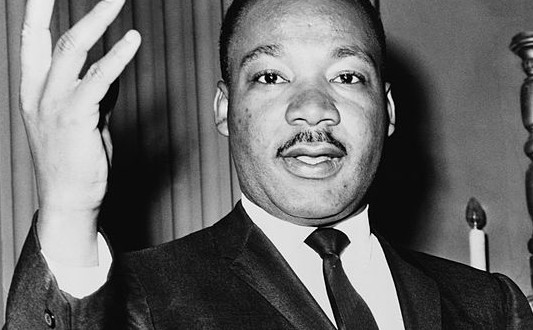 (VVNG.com)- “I have a dream”, some of the most powerful words remembers as only a tiny part of one of the most memorable speeches in all American history. Martin Luther King Jr. Day is a Nationally recognized “floating” holiday observed the Monday, following King’s January 15th birthday.

Martin Luther King Jr. was born on January 15, 1929. King was a pastor, a civil right leader and a humanitarian. The passion behind all of the causes that King believed in was evident through his speeches, and peace-inspired leadership based on his Christian beliefs. Although, his protests were organized to be non-violent, a 1962 Burmington Alabama protest attracted the attention of media, both local and national when authorities reacted with brutality.

Nothing got in the way of King and his mission for equality of all humans. Most of his Marches, included not only those of African-American decent, but many who believed in and followed his, what to many were, inspiring protests, speeches and gatherings. King assisted in the organization of the March of Washington where he delivered his famous speech, now known as his “I Have a Dream” speech. King continued on with his work, going to peaceful protests including not only for the unsegregated rights of what at the time they referred to as “colored” people, but to also focus on poverty and to speak out against war.

King was murdered by James Earl Ray as he was planning the “Poor People’s Campaign” which was an organized occupation of Washington DC. The April 4th Memphis, Tennessee murder, was followed by disbelief and in some cases anger and riots. The riots were due to the fact that many believed that James Earl Ray was part of a government plot or even cover-up to remove King, who had proven to be a powerful leader in the civil rights movement.

On October 14, 1964, King received the Nobel Peace Prize for his non-violent leadership demanding equality for all.