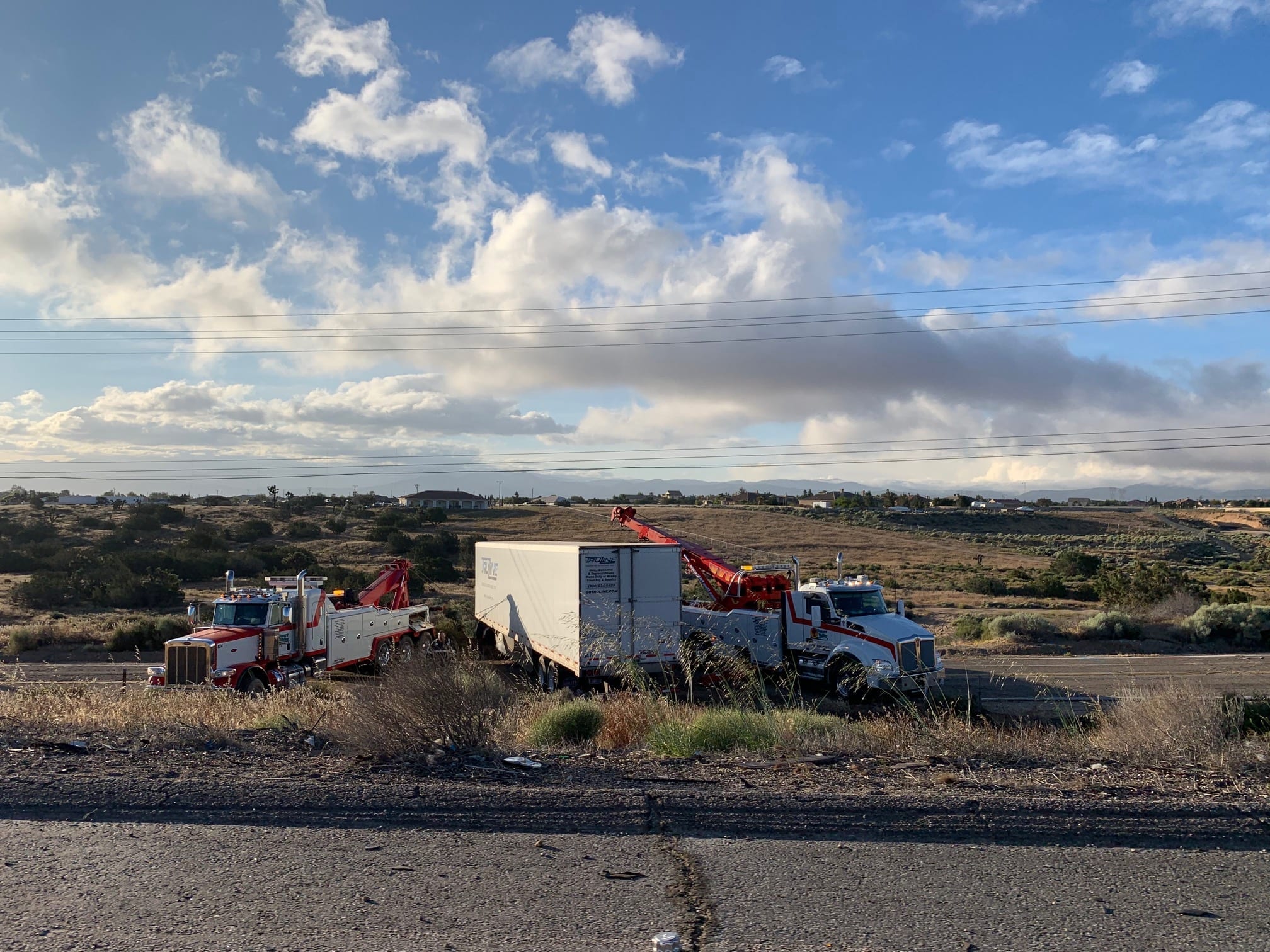 A traffic accident involving a semi and a vehicle was reported at 3:46 am, on the northbound I-15, just north of Highway 395 off-ramp.

According to the California Highway Patrol incident logs, a black car hit the back of the big rig trailer causing the semi to crash off the 15 freeway and down onto Mariposa Road where it continued down an embankment before coming to a stop.

Per the logs, the driver of the semi advised the black car was at traveling at high-speeds prior to hitting his trailer. The trailer is full of beer and weighs 79,000 lbs.

Officials have shut down Mariposa Road between Joshua Street and Ranchero Road as heavy duty tow trucks work to recover the semi.

CHP Officer Grieves told Victor Valley News there’s currently no estimated time on when the roadway will reopen. “The semi truck is fully loaded and may take some time to clear up.”

At this time its unknown if drugs or alcohol were a factor. CHP Victorville is investigating the crash and injuries are currently unknown.