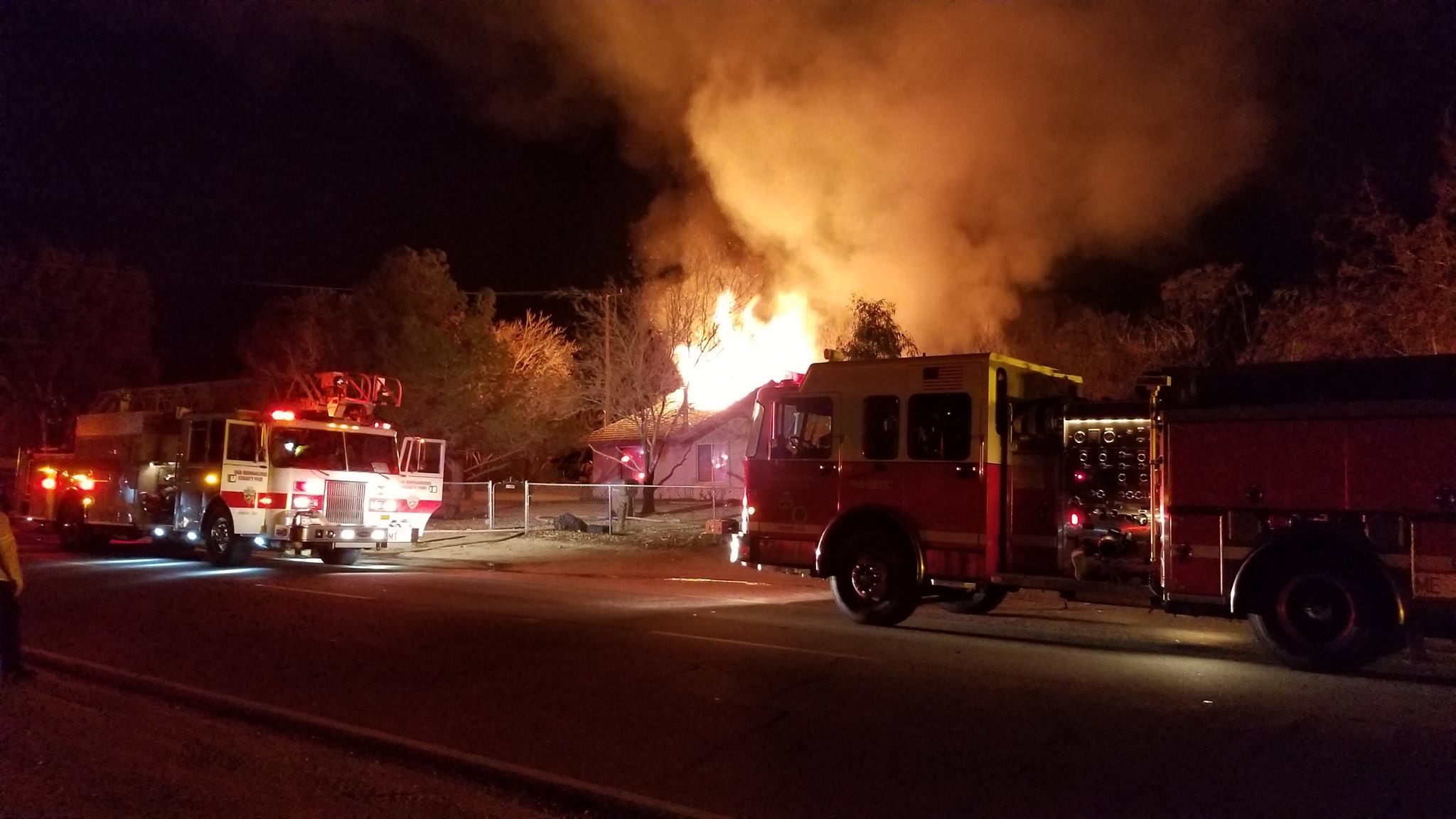 At about 8:44 pm, San Bernardino County Firefighters responded to a single-story residential house fire in the 11400 block of Oakwood Avenue in Hesperia.

Upon arrival, firefighters found a working attic fire and were in the offensive mode, according to a tweet from SB County Fire.

Crews conducted a search of the residence and ensured no occupants were inside.

As firefighters continued to battle the blaze a portion of the roof collapsed.

“During the fire attack, it was found that the home was being used for a possible grow operation,” stated County Fire Public Information officer Jeremy Kern.

The fire was controlled in approximately thirty minutes with no injuries to civilians or firefighters reported.

Three engines, one truck company, one chief officer, one medic ambulance and one investigator totaling 16 personnel from County Fire were assigned to the incident.

Damage estimates are still being evaluated. The fire remains under investigation by the county office of the fire marshal and the SBCo Sheriffs Department.