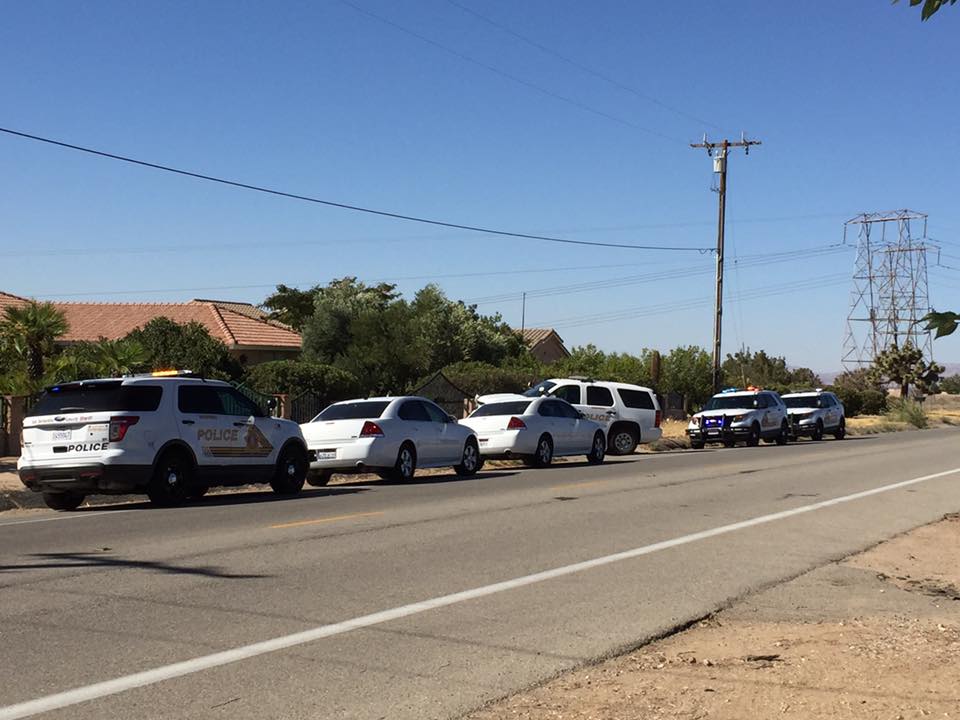 HESPERIA:(VVNG.com)-  Authorities discovered an illegal Marijuana grow at a residence in the City of Hesperia on Monday afternoon.

Concerned neighbors called dispatch and reported seeing people entering and leaving the residence at random hours throughout the day.

The windows at the house were completely boarded up and appeared to be abandoned. A deputy glanced through a window and immediately noticed several large trash bags that appeared to be full.

Two suspects inside of the home were handcuffed and arrested at the scene. According to unconfirmed reports, a third suspect ran out the back door.

Per scanner traffic, the deputy entered the property and located 200-300 plants inside. The electricity and water had been bypassed at the residence.