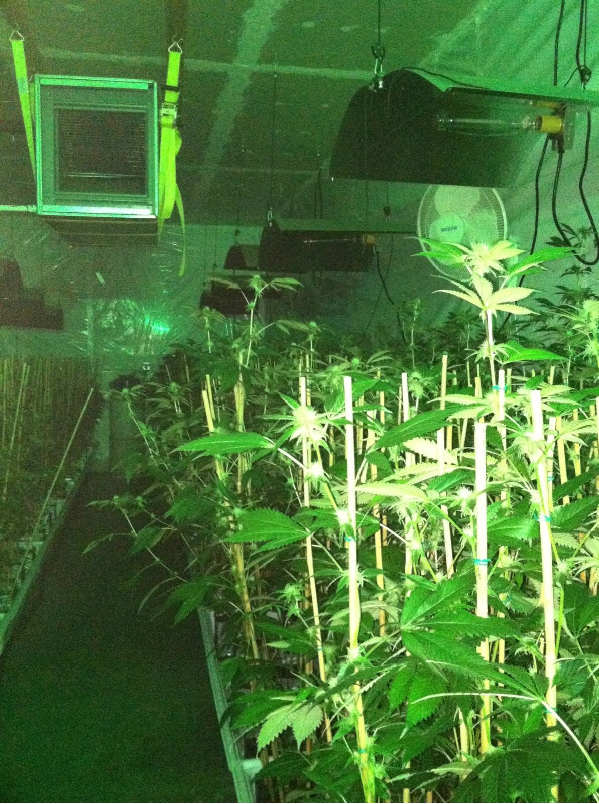 Upon arrival to the commercial building, a sophisticated hydroponic marijuana cultivation operation was locations.

During the investigation, investigators came across three more units within the same business complex that contained marijuana cultivation operations. A total of 3,604 marijuana plants in various stages of growth, were seized during the operation. They also seized 2 pounds of processed marijuana and an advanced hydroponic set up including lighting, fans, air conditioning units and a filtration system.

Apple Valley Code Enforcement determined that the location had undergone unpermitted construction, electrical and plumbing which made it unsafe for occupancy.

The suspect, 37-year-old Armando Haro, from Bishop, was found hiding inside one of the buildings when investigators entered and began searching. He was arrested without incident and charged with the Cultivation of Marijuana and Furnishing Marijuana. He was booked at the High Desert Detention Center and given a bail amount of $550,000.

The Town of Apple Valley has an ordinance banning medical marijuana dispensaries, to include all locations that dispense, provide, distribute, cultivate and process marijuana.

Man Who Allegedly Jumped in Front of Tractor Trailer Identified