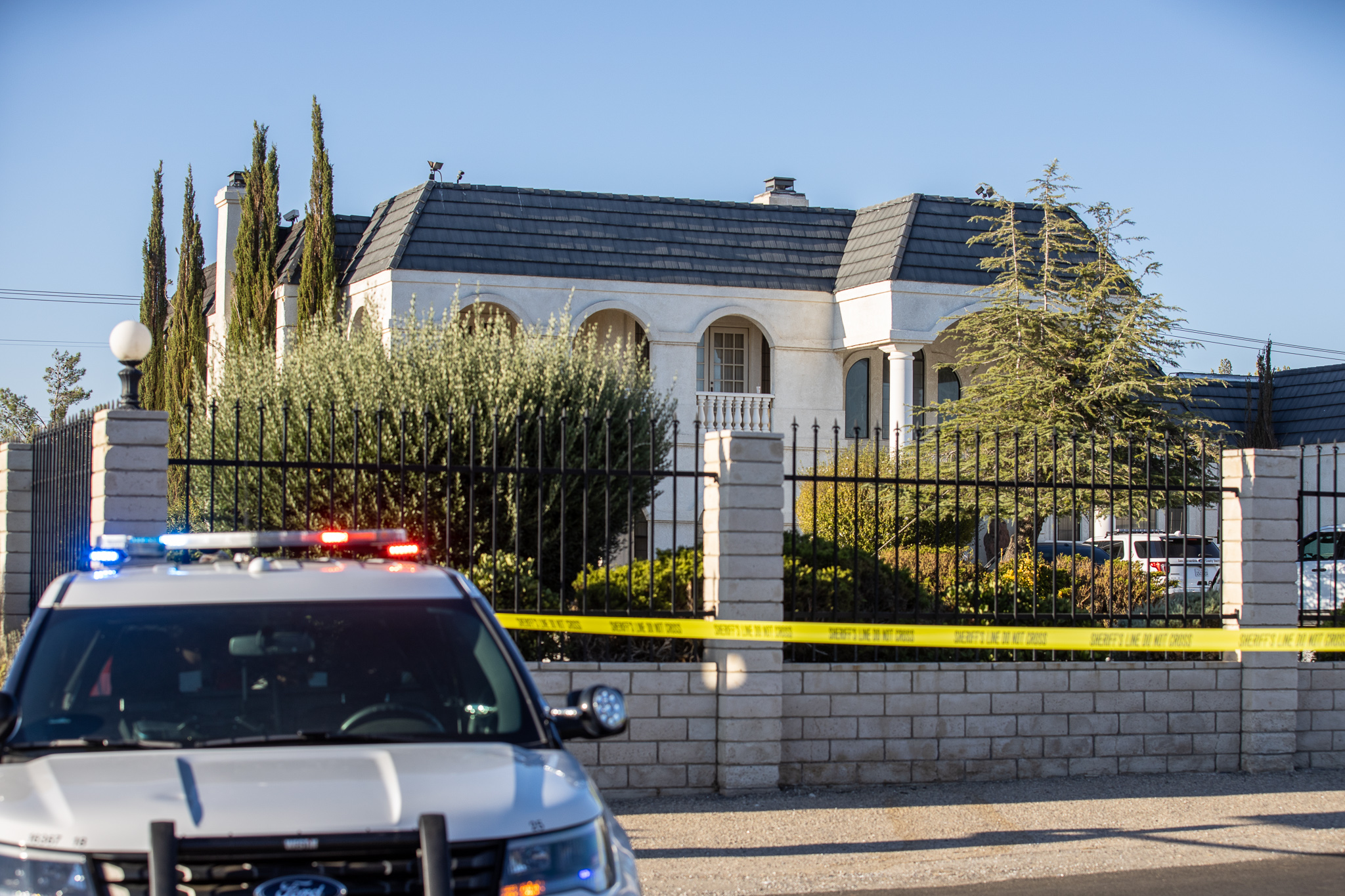 APPLE VALLEY, Calif. (VVNG.com) — The party was over before it even started Friday night at a in Apple Valley.

A highly publicized “teen” party event was expected to happen at a mansion on Tomahawk Road next to the old Roy Rogers mansion on Friday, August 16, 2019.

Just before 5:30 p.m., San Bernardino County Sheriff’s Deputies stormed the mansion as they executed a search warrant and detained nearly 20 people from the home.

It’s unclear what officials were looking for inside the 8,575 square foot home but neighbors say there has been activity every day at the house since it was moved into recently.

“There was a huge party here just a few days ago, and it was as wild. Over 900 people must have came and gone from here,” a neighbor told VVNG.

Several flyers advertising the house party were quickly and easily located, including a few promotional videos that were filmed at the house and were shared to various social media platforms.

One video, shared by an Instagram account that claims to be the promoter had a mansion party planned for Friday called ‘Project X Mansion Party Pt3’ with tickets ranging from $5 to $20, according to the posts.

A July 31 post on the same account targeted models and artists by advertising shared-rooms for rent inside the mega-mansion at a rate of $350.00 a month.

“I don’t want this type of activity on my street, last week a girl leaving the house party was getting beat by her boyfriend, there was trash everywhere and speeding cars.”

Sheriff’s officials had Tomahawk Road shut down for several hours as they investigated.

At this time, sheriff’s officials have yet to provide information into the incident and it’s unknown if anyone that was detained during the search warrant was arrested or cited.