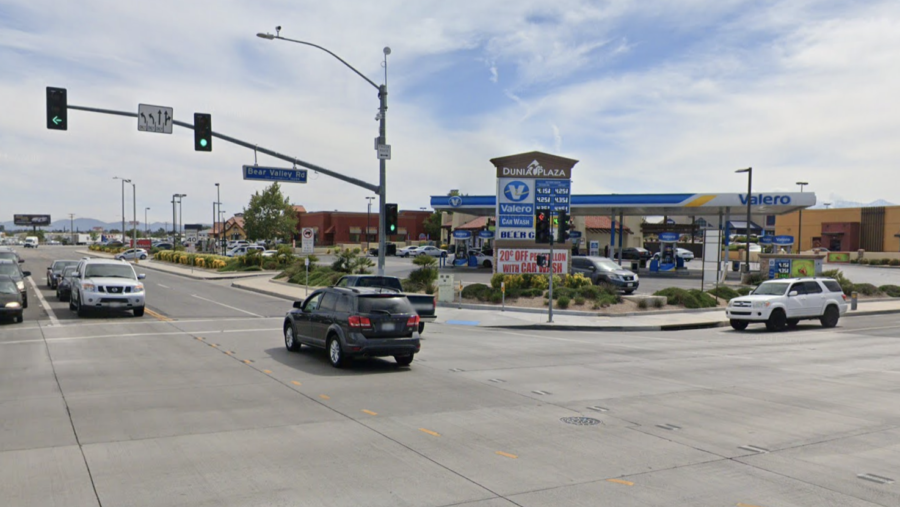 VICTORVILLE, Calif. (VVNG.com) — A man suffered only minor injuries after a suspect slashed his neck at a Victorville gas station.

It happened at the Valero at the corner of Bear Valley Road and Amargosa Road on February 20, 2020.

Sheriff’s officials said at about 6:24 pm., the victim and his brother were approached by an unidentified male at the gas station.

Sheriff’s spokeswoman Cindy Bachman said the suspect and victim exchanged a few words then the suspect pulled out a knife and cut the victim’s neck.

The suspect fled from the location in an older model red truck and was not located.

Bachman said the victim was treated by medical aid at the scene and released.