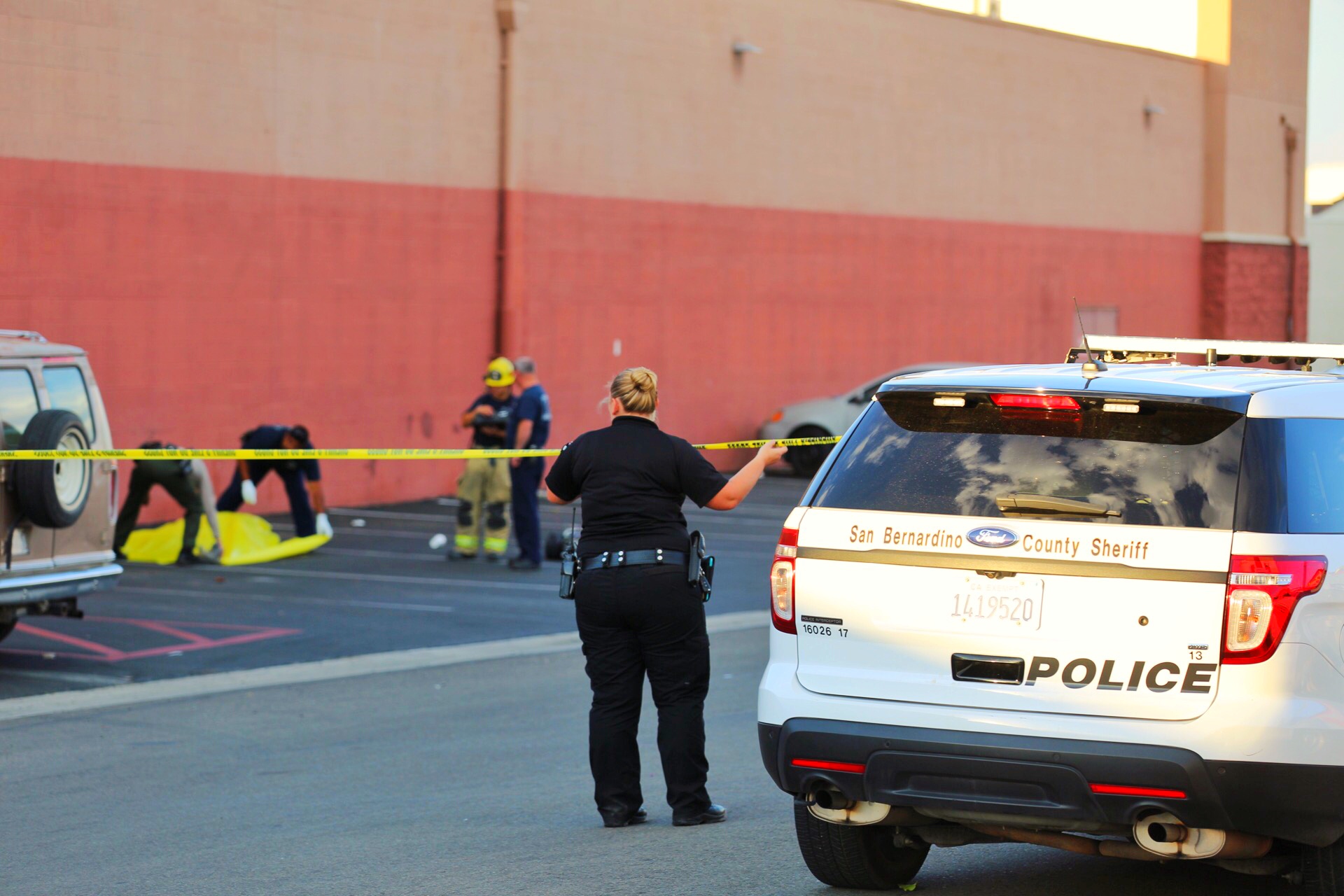 VICTORVILLE:(VVNG.com)- Deputies are conducting an investigation after a man was found deceased near the 14000 block of Amargosa Road.

At about 7:20 p.m. on Tuesday June 28th dispatch received a report of a vehicle versus a pedestrian near the Victorville Homeless Shelter.

When first responders arrived on scene they located a male lying in the parking lot. The unidentified man was pronounced dead upon arrival.

A male standing next to a silver SUV Was taken to the Sheriff’s station for questioning.

The deceased person and the man taken in for questioning had previously been kicked out of the shelter for drinking, according to a resident at the shelter.

Authorities told Victor Valley News they are trying to piece together the incident. At this time they are unable to confirm if it was a vehicle vs pedestrian or another cause.

Authorities inspect the front bumper of a silver SUV that may have belonged to the victim. (Photo by Gabriel D. Espinoza, Victor Valley News)