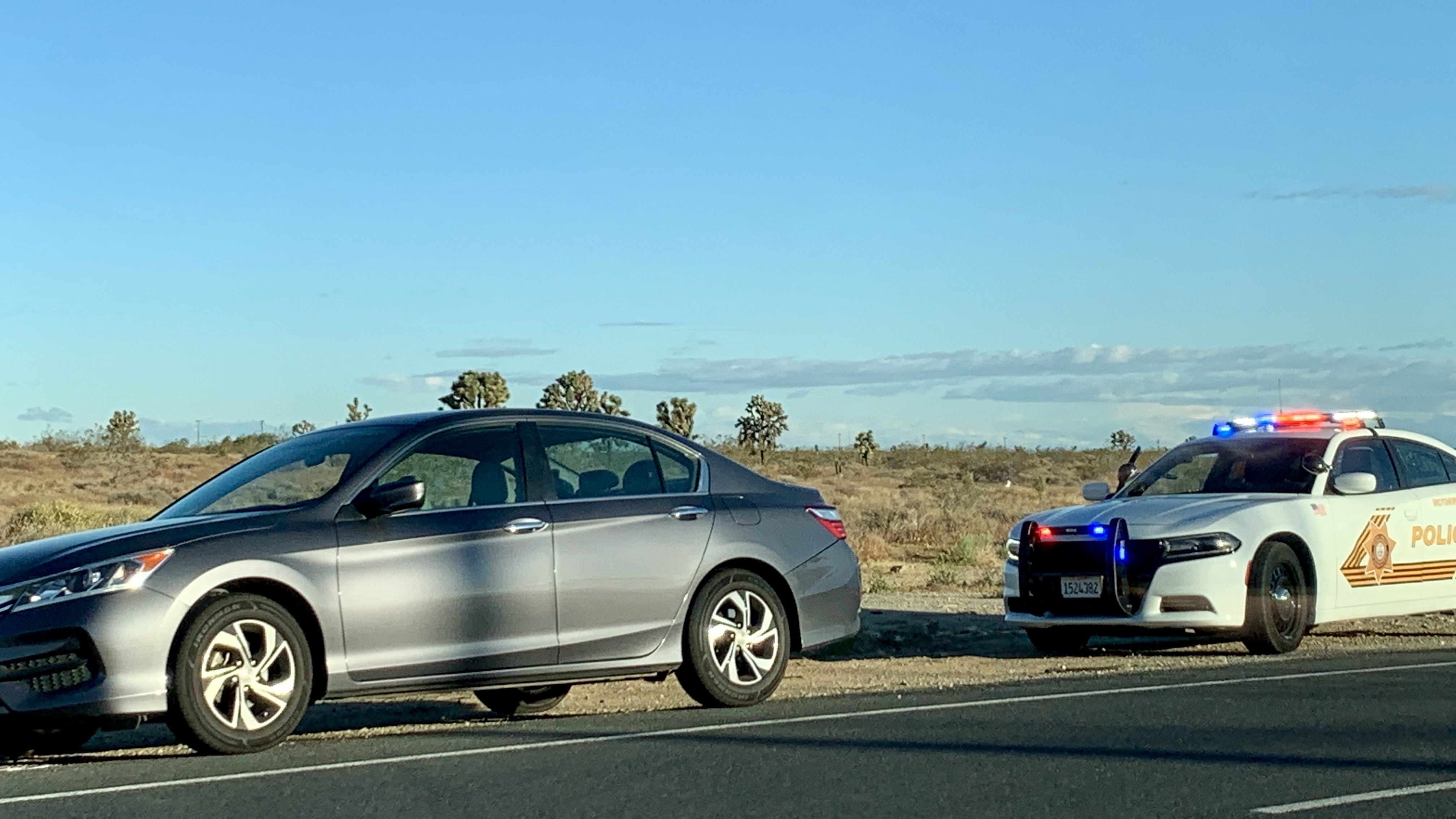 VICTORVILLE, Calif. (VVNG.com) — A man had his vehicle towed early Wednesday morning after he was caught speeding on his way to work.

At about 6:30 a.m., Deputy Dean from the Victorville Police Department was patrolling the area when he observed a gray Honda Accord speeding past him.

“Deputy Dean conducted a traffic stop on Timothy Will for exceeding the speed limit on Hwy 395 and Eucalyptus,” states Mara Rodriguez, the Department’s Spokeswoman.

“During the stop, it was discovered Will had a suspended driver’s license. His vehicle was towed and he was cited for the violations,” Rodriguez said.

With crashes along the busy thoroughfare on the rise, including a recent double fatal crash caused by a driver who had his driving privileges suspended just days before, officials are stepping up enforcement.

“Deputies from Victorville, Apple Valley, Hesperia, and Adelanto conducted a joint operation today, in the cities of Victorville and Adelanto. The operation focused on violations that are considered to be primary collision factors such as, excessive speed, red light and stop sign violations, and other unsafe driving practices,” Mara Rodriguez told Victor Valley News.

“These one-day joint operations will continue throughout the summer in an effort to raise awareness and reduce the number of collisions in the High Desert,” stated Rodriguez.