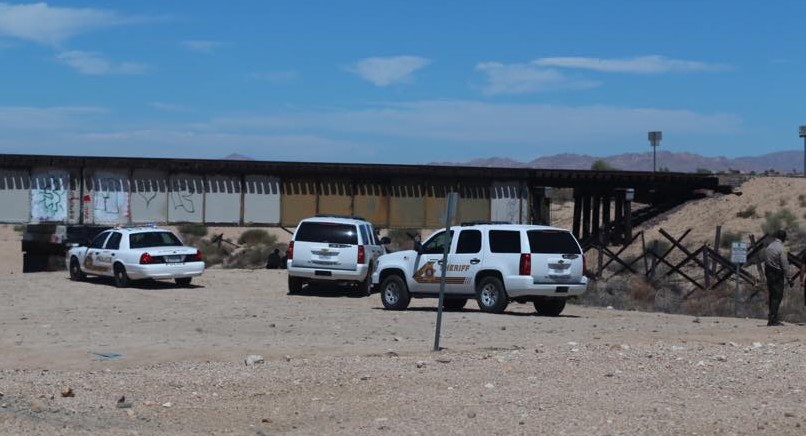 APPLE VALLEY-(VVNG.com): On Thursday, September 3, 2015 at about 12:40 P.M., dispatch received a report of a possible dead body hanging from a bridge trestle where the riverbed goes under the train on Rock Springs and Deep Creek Roads.

Deputies were dispatched to the scene where upon arrival, they confirmed the deceased body of what appeared to be a white male adult in his 30’s.

Friends and family of the deceased man, quickly arrived to the scene in despair with the sight.

Those on scene witnessing the tragic loss of life, appeared distraught sharing that they believed it was him.

The incident is being investigated at this time, but is believed to be suicide.

The name of the deceased person will not be released at this time, but is believed to be an area transient. The exact cause of death will be determined by the coroner’s office.

[box type=”info” align=”aligncenter” class=”” width=””]If you or someone you know feels hopeless, alone or that they are better off gone, we would like you to know that the feeling is temporary and there is help. Call 1 (800) 273-8255 for help or for Victor Valley residents you can go to the Crisis Walk In Clinic located at: 12240 Hesperia Road, Victorville. The Crisis walk in clinic is open 24 hours a day, and 7 days a week to serve clients. [/box]