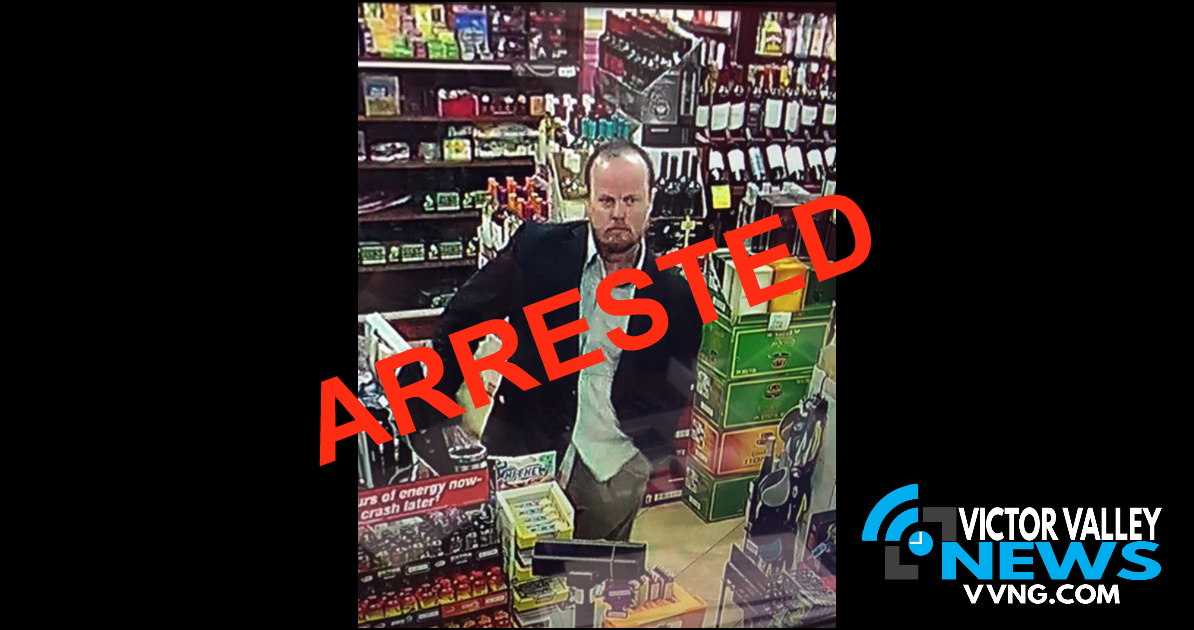 UPDATE: The suspect was been arrested and is no longer a threat to the public at this time.

The suspect in the shooting of the @sbcountysheriff deputy in Hesperia has been taken into custody. No longer a danger! PR to follow. pic.twitter.com/VRqK75m0HZ

HESPERIA, Calif. (VVNG.com) A manhunt is on for a suspect who shot a San Bernardino County Sheriff’s Deputy early Thursday morning.

According to authorities, at about 11:00 p.m. on Wednesday night the suspect had not only robbed but assaulted an employee at the Chevron gas station located on Ranchero Road and Escondido Avenue in Hesperia.

The suspect fled prior to deputy’s arrival and they were searching the area for a White male in a dark-colored four-door Chrysler 200 with paper plates.

Approximately an hour later the deputy conducting a follow-up returned to the Chevron gas station and spotted the suspect vehicle at the gas station.

The deputy attempted to make contact and that’s when the suspect fired multiple rounds at the deputy striking his vehicle and once in his bulletproof vest.

The deputy attempted to follow the suspect vehicle for several miles before eventually stopping at the corner of Escondido Avenue and Muscatel. The deputy was transported to a local hospital via ground ambulance.

“Thank you for all the well wishes for our deputy who was shot this morning. He has been released from the hospital,” the San Bernardino County Sheriff’s tweeted.

The suspect is believed to be armed and dangerous. Anyone with information is urged to contact Sheriff’s Homicide Detail at (909)387-3589 or 911.