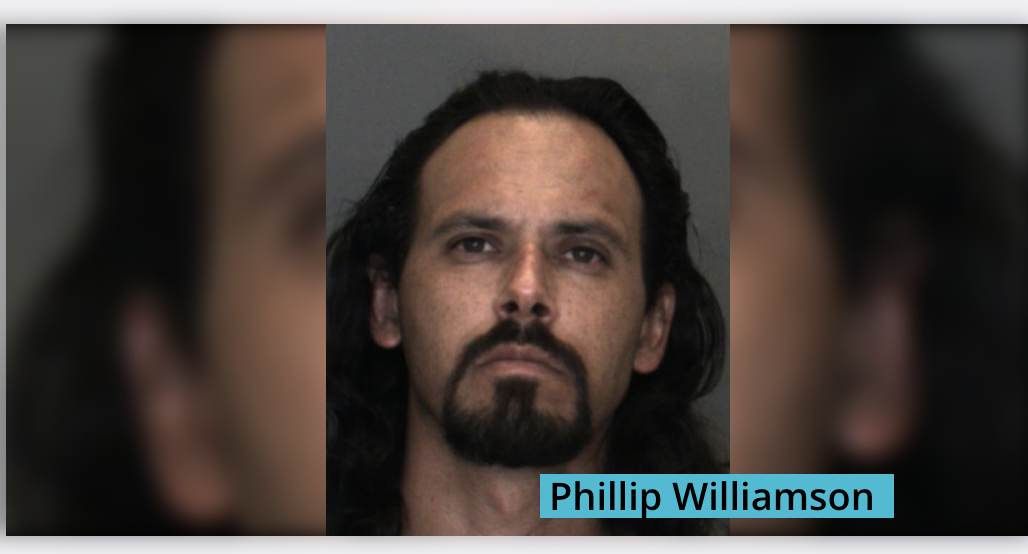 HESPERIA, Calif. (VVNG.com) — The San Bernardino County Sheriff’s Department is conducting a manhunt for a murder suspect who is considered to be armed and dangerous.

The suspect, Phillip Williamson, 37, of Hesperia, is accused of murdering 35-year-old Brandi Jones, also of Hesperia, and transporting her body in the back seat of a car to a second home where he conducted an armed robbery.

It happened on Friday, August 30, 2019, at about 10:00 am when Apple Valley sheriff’s deputies responded to the 20000 block of Wisconsin Street to investigate a strong-armed robbery and a suspicious circumstances call.

According to a sheriff’s news release, a 76-year-old male victim told police Williamson confronted him at his home and forced him to give him several hundred dollars and a handgun.

Williamson then fled the location in the Hyundai and has not been seen since.

At approximately 10:40 pm, the white Hyundai was located abandoned in a dirt field near Wisconsin Street in Apple Valley. The victim, Brandi Jones, was found deceased inside the vehicle, officials said.

Prior to the vehicle being located, evidence led detectives to Williamson’s address in the 19100 block of Yucca Street where evidence of a struggle was found, officials said.

According to a previous VVNG.com article, in 2017, Hesperia deputies responded to the same house on Yucca Street after Williamson was accused of kidnapping his two children at gunpoint from a nearby park and then engaging in a stand-off with authorities at the Yucca Street address.

“Williamson reportedly pulled out a gun and pointed it at the victim saying he was going to take his children, then put the children in his vehicle and fled the location,” authorities said in a 2017 press release.

According to court records, Williamson was sentenced in September 2017 to two years, with a credit of 37 days served for various charges including Assault With Firearm On a Person, Felon/Addict/Etc Possess Firearm, Criminal Threats which will Result in Death or GBI and more.

Court records showed Williamson had a court date scheduled for a violation of parole and PC273.6(A)-M: Violate Court Order to Prevent Domestic Violence.

Through investigation, investigators have determined that the suspect was known to both victims prior to the incidents.

Sheriff’s officials said Phillip Williamson remains outstanding and is considered armed and dangerous.  Anyone with information regarding his whereabouts is asked to immediately call 911.

No additional information is being released at this time. Anyone with information about this incident is urged to contact the Specialized Investigations Division, Detective James Tebbetts at (909)387-3589. Callers can remain anonymous and contact WeTip at 800-78-CRIME or www.wetip.com.