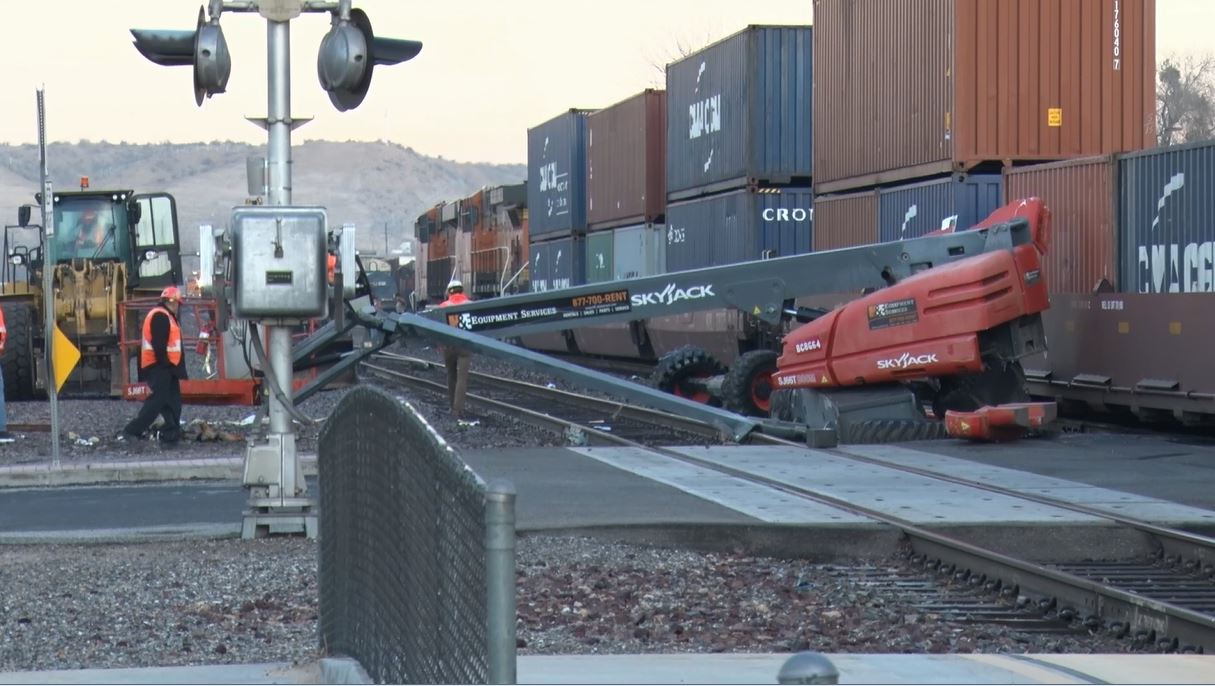 VICTORVILLE, Calif. (VVNG.com)- A northbound BNSF freight train collided with a lift machine this morning in Victorville, leaving the operator with major injuries.

The accident occurred shortly after 6:30 a.m near the intersection of Sixth Street and D Street.

Per scanner reports, the man-lift operator in his 40’s, sustained major head trauma and was airlifted to Antelope Valley Hospital. Officials have not released any update on his condition.

Based on initial reports, the lift machine appeared to be returning to a construction yard at the end of the night’s work shift when the accident occurred.

The construction project is part of the Caltrans I-15 interstate reconstruction and Mojave River Bridge widening project.

Crossing lights appeared to have been working at the intersection and it is unclear why the crane was crossing the track.

As word of the accident spread through the large construction area, co-workers started to arrive at the scene.

SBSO Victorville deputies were first on scene but the handling agency is BNSF Police.

Sixth Street between D an E Streets is expected to remain closed all day.