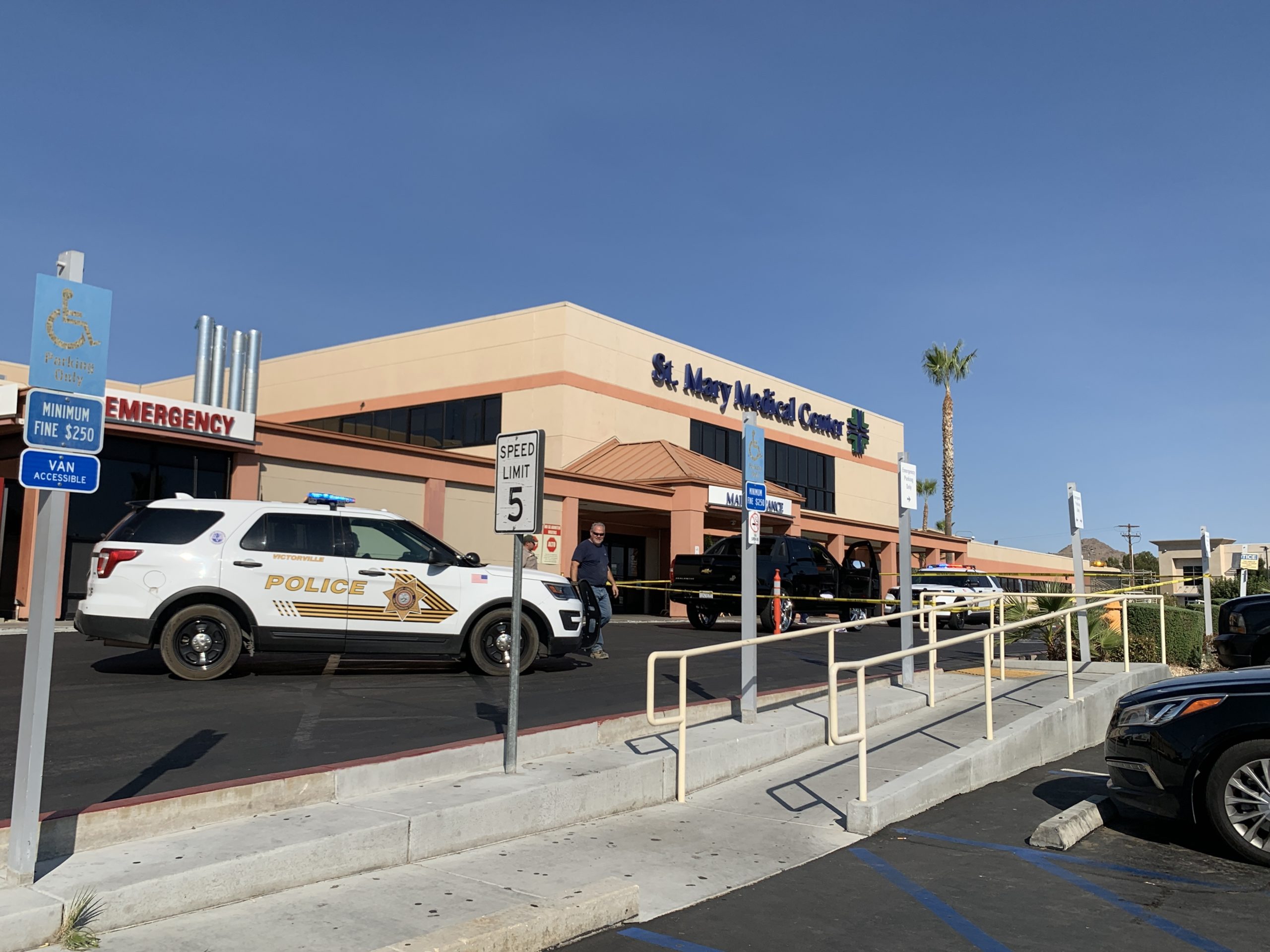 APPLE VALLEY, Calif. (VVNG.com) — Authorities are investigating after a man suffering from a gunshot wound was taken to St. Mary’s Hospital in Apple Valley on Saturday.

Just before 3:00 pm a black truck occupied by two males pulled into the main entrance parking lot of the hospital located on State Highway 18.

A witness told VVNG the black truck was being followed by a sheriff’s patrol vehicle as it pulled into the hospital parking lot. According to the witness, the male driver exited and ran to the passenger side of the vehicle and carried out a male passenger that was covered in blood.

Deputies immediately blocked off a portion of the parking lot around the truck as they investigated.

Sheriff’s spokesman Cindy Bachman confirmed a male with a gunshot wound possibly to the shoulder was dropped off via a private vehicle and he was expected to be sent down the hill for treatment and no other information was available.