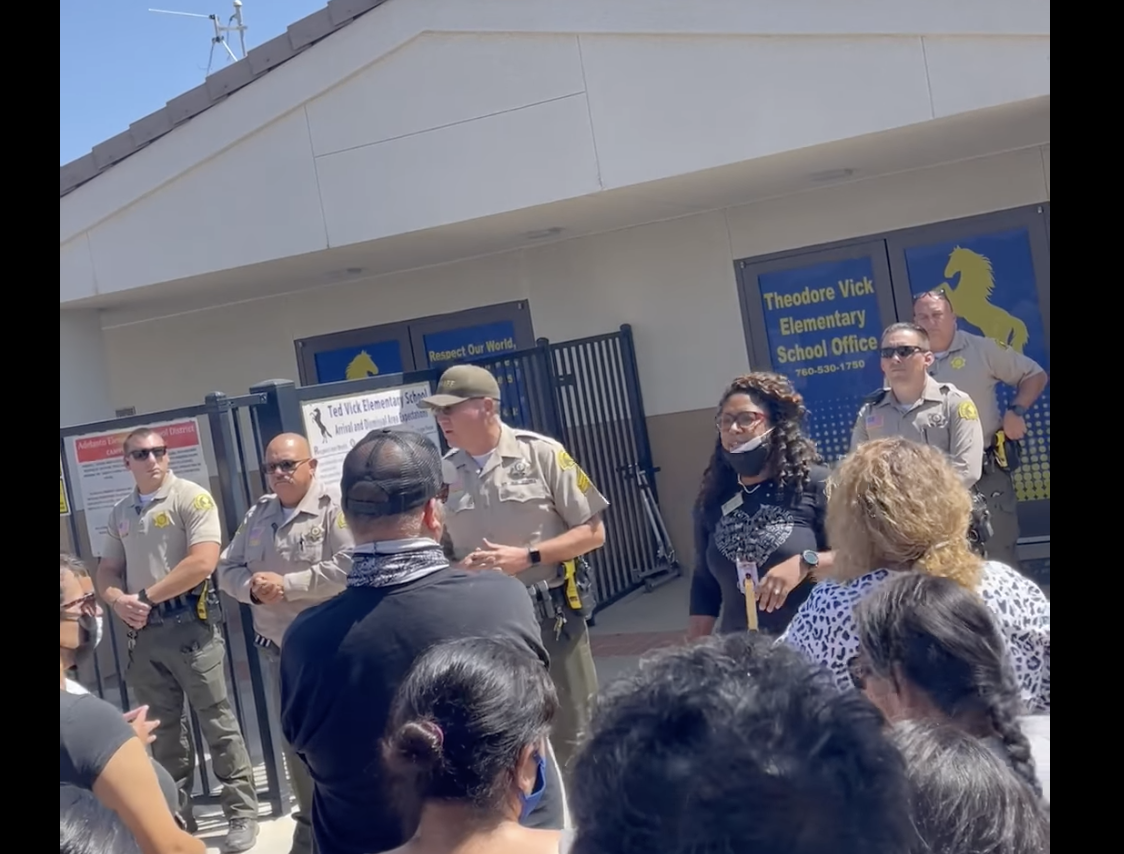 ADELANTO, Calif. (VVNG.com) — A 911 call reporting a man with a gun prompted a lockdown at Theodore Vick Elementary school in Adelanto on Wednesday.

Deputies from the Victor Valley Sheriff’s Department responded to the 10500 block of Seneca Road and conducted a sweep of the campus prior to students being dismissed on August 18th.

School administrators along with several deputies held a brief meeting outside of the school to update concerned parents on the situation. Administrators said they went into lockdown for the safety of students and scholars.

A San Bernardino County Sheriff’s Sergeant spoke to the crowd and said deputies responded after receiving a 911 call of somebody possibly on the school grounds with a gun and the school’s policy is to place the school on lockdown.

“Our policy was we needed to get here and make sure your kids were safe, so we did a systematic sweep door by door,” stated the sergeant. “We had the helicopter come and check all the areas we couldn’t check. Behind walls, on top of the roof, so we went into the bathrooms, everything!

The sergeant informed the parents the protective sweep was for the safety of the children and they were all locked down during the sweep and didn’t come in contact with them.

Georgia Wills commented on a post in the Victor Valley 411 Facebook group and said, “I think they handled it perfectly and professionally. Better safe than sorry and I’m grateful they did a thorough search of the school.”

Sheriffs officials confirmed no person was found on the school grounds with a firearm and that was their main concern that the kids were safe. All students were released as scheduled at the bell.