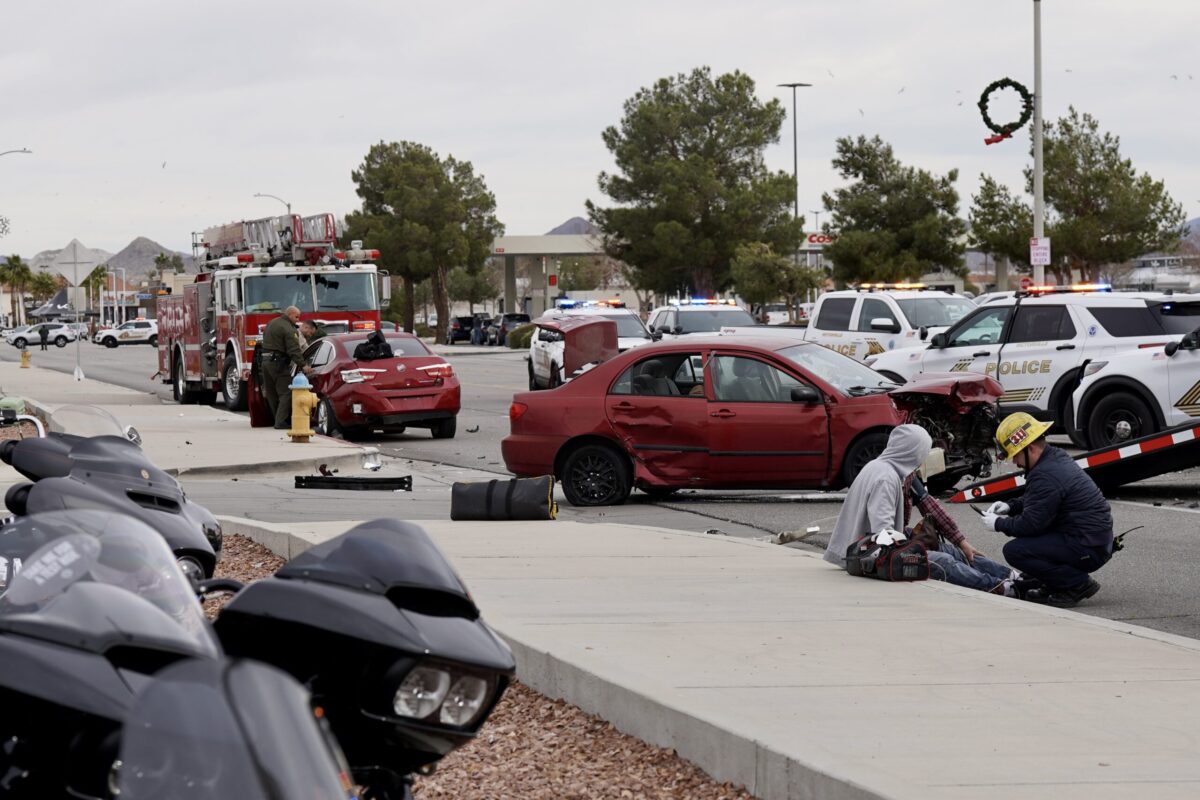 VICTORVILLE, Calif. (VVNG.com) – The San Bernardino County Sheriff’s Department said a man who caused a collision near the Costco Warehouse in Victorville had just been released from jail hours before the collision.

The incident was reported at 9:16 am on December 31, 2022, after witnesses said deputies were in pursuit of a red vehicle that had no license plates on it, and that at some point during the pursuit, the suspect drove recklessly in the Costco parking lot, and upon exiting onto Valley Center Drive, collided with another vehicle, according to a previous VVNG article.

In a follow-up with VVNG, the Sheriff’s Department identified the reckless driver as 36-year-old Rueben Florencio of Victorville.

“Deputies were conducting a vehicle check on a 1997 Pontiac when the driver of the vehicle saw the deputy behind him and sped away. The suspect drove erratically through the Costco parking lot. He exited the parking lot, back onto Valley Center Drive and collided into another vehicle,” San Bernardino County Sheriff’s Spokeswoman Mara Rodriguez told VVNG.

The suspect was apprehended and arrested as a result of the incident.

Florencio had been arrested yesterday, December 30, 2022, for being a felon in possession of a weapon and ammunition, and carrying a loaded firearm in public, Rodriguez confirmed.

Florencio had posted bail and was released earlier this morning, December 31, 2022, just after midnight, about 9 hours before the crash, public records revealed.

The male and female occupants of the vehicle that was struck by Florencio were transported to a local hospital for complaints of pain, authorities confirmed.

The condition and extent of their injuries were not immediately known as of Saturday evening.