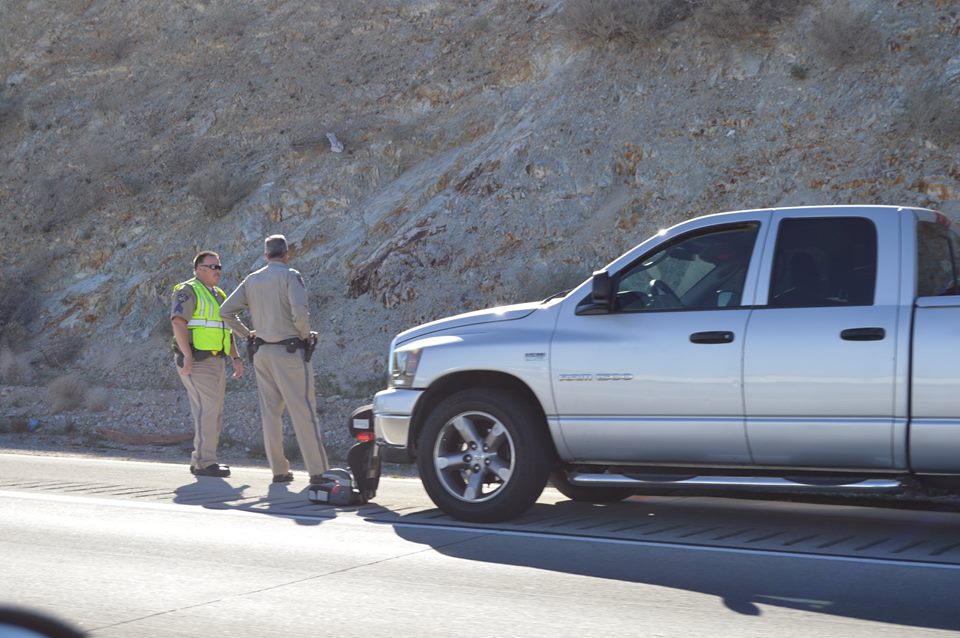 VICTORVILLE-(VVNG.com): On February 4, 2015 the driver of a red sedan pulled off to the side of the road because their vehicle was out of gas. After getting gas, they realized that their car battery needed to be charged.

pick up truck pulled up, approximately 100 feet in front of them. They believed the man had stopped to help them, but based on his actions following they realized there was something else on his mind.

According to witness statements, after pulling over the husband in the red sedan walked toward the man to ask if he had jumper cables. The man first said yes, then he said no and began according to them, acting very strange. The man took his 4-year-old son out of the vehicle several times then would put him back in.

At approximately 1:26 p.m. the man, later identified as 37-year-old Torrance resident, Siaki Ene, stepped out of his Dodge pick up truck into lanes of traffic on the southbound 15 freeway, .7 mile south of Wild Wash Road. Ene was struck by a flatbed truck.

“He waited for the diesel and jumped in front of it, then he flew about 50 feet in the air the sound of it sounded like a brick wall,” said Crystal Moreno, who relayed the details of the tragic incident.

just witnessed the death of his father.

The boy, according to the witness said, “My daddy got hit by a car. My daddy said he was going to be brave and he was brave”.

Ene was pronounced dead at the scene by paramedics.

The male witness and husband of the woman that was tending to the fatherless child covered the deceased man so the boy and his wife would no longer have to see the aftermath.

The Victorville office of the California Highway Patrol (CHP)  is investigating the incident.