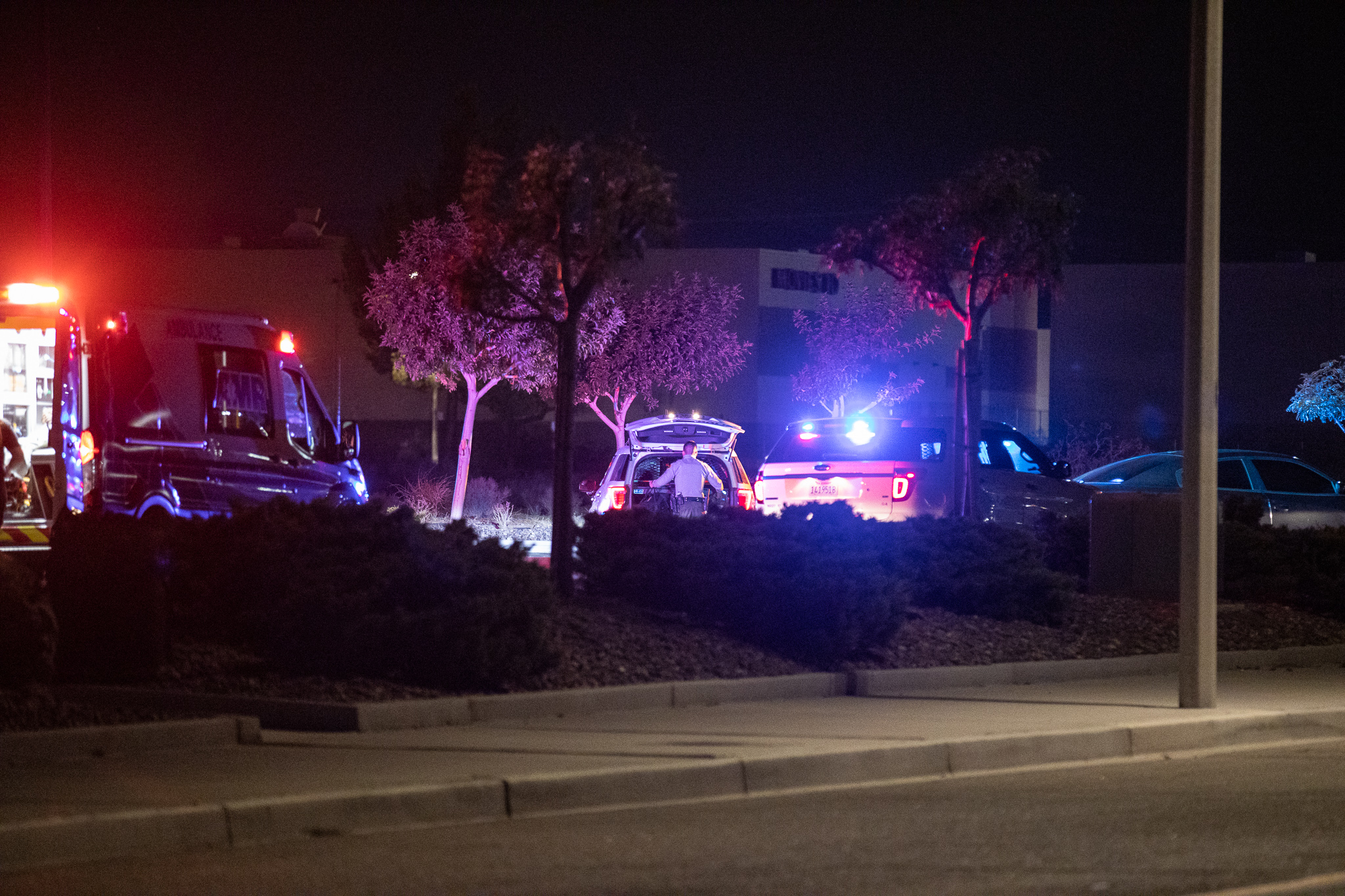 VICTORVILLE, Calif. (VVNG.com) — Police in a late-night pursuit arrested a suspect wanted for the shooting that injured a 10-year-old Victorville girl who was sleeping in her bedroom.

The suspect, Nicholas Antwone Bowden, a 29-year old transient, was arrested in the area of Cottonwood Avenue and Pahute near the campus of Asuza Pacific University following a brief foot chase.

At about 12:02 am, on September 17th deputies with the Victorville Police Department’s, Gang Enforcement Team, attempted a traffic stop on a gray Toyota Camry for exceeding the posted speed limit on northbound I-15, north of Ranchero Road.

The driver, Nicholas Antwone Bowden, failed to yield to the deputies, leading them on a pursuit at a high rate of speed. Bowden turned off the vehicle’s headlights and continued driving erratically, officials said.

According to a sheriff’s news release, “prior to the end of the pursuit, one of the tires on the Camry popped, causing Bowden to almost lose control of the car on multiple occasions. The vehicle eventually became disabled and Bowden was taken into custody, after leading deputies on a short foot pursuit.”

Inside Bowden’s vehicle, there were four small children, not properly restrained, and an adult female passenger. Fortunately, none of the passengers were injured. Deputies also located a loaded firearm in the vehicle, officials said.

During the investigation, it was determined that Bowden was the suspect in an attempted murder that occurred in Victorville. Bowden fired a gun at a home in the 12500 block of Amethyst, just before 2:00 am on September 4, 2019. A bullet from the gun struck a 10-year old girl in the foot as she slept in her bed and Bowden fled the scene.

Nicholas Antwone Bowden, a convicted felon, was arrested and booked at High Desert Detention Center for evading a peace officer, child cruelty, attempted murder, assault with a firearm on a person, and felon in possession of a firearm.

Anyone with information about this investigation is asked to contact Deputy F. Demara or Deputy F. Trujillo at the Victorville Police Department at (760) 241-2911 or Sheriff’s Dispatch at (760) 956-5001. Callers wishing to remain anonymous are urged to call the We-Tip Hotline at 1-800-78CRIME (27463) or you may leave information on the We-Tip website at www.wetip.com.