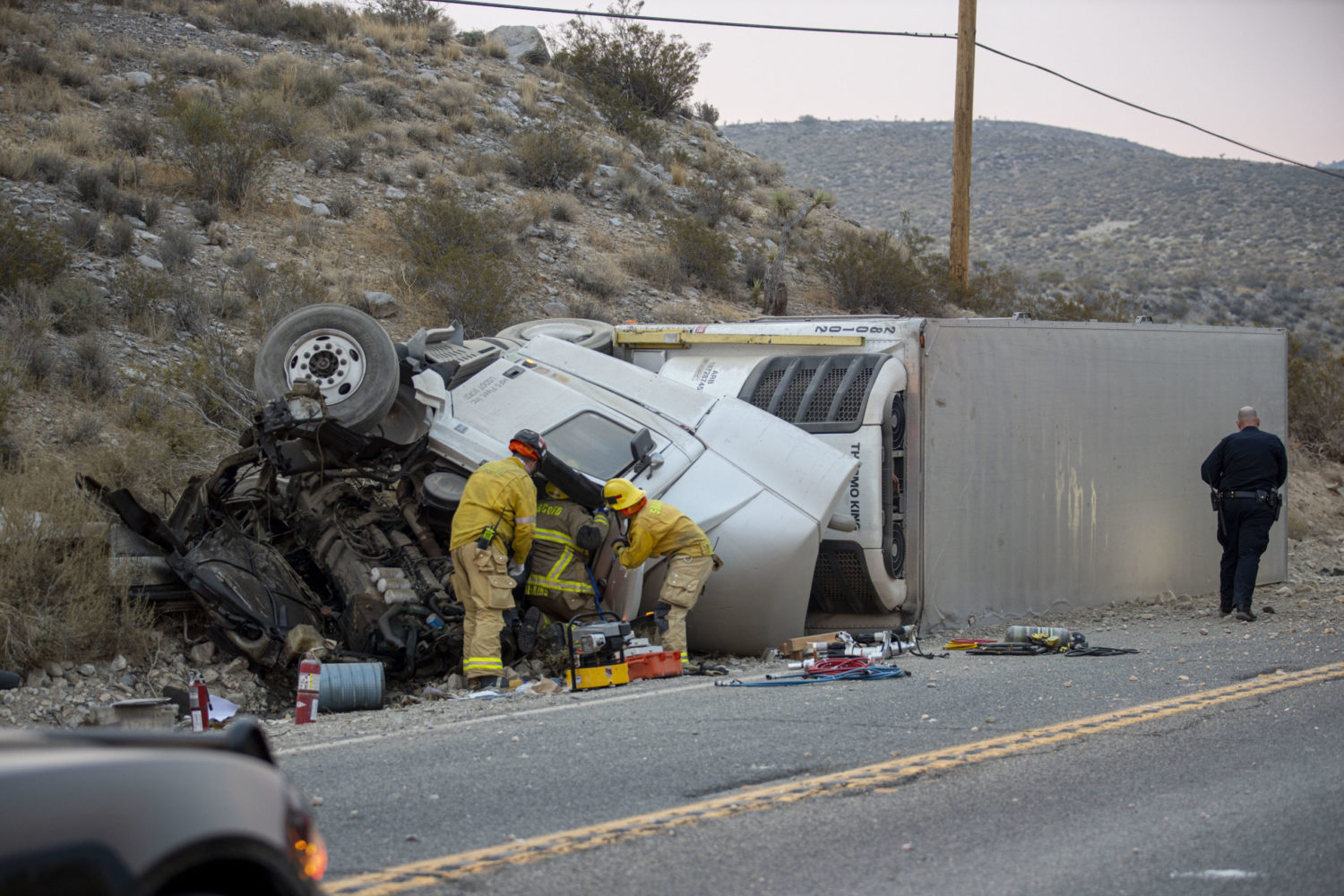 The driver was trapped inside the cab for over 2 hours before he was rescued. (Photo by Gabriel D. Espinoza, VVNG.com)

LUCERNE VALLEY, Calif. (VVNG.com) –– A man who was trapped in a truck wreck for over two-hours was able to notify his family of his location as firefighters worked to free him.

The crash was reported at 5:46 a.m. on State Route 18 between Camp Rock Road and the Mitsubishi cement plant, in Lucerne Valley.

Firefighters located a refrigeration truck overturned along the shoulder of State Route 18 with extensive damage to the cab and the driver still trapped inside.

A white Dodge Ram pickup truck that was traveling towards the cement plant, in the opposite direction of the refrigeration truck, was stopped about a quarter-mile away from the crash with damage to the windshield.

The driver of the Dodge Ram suffered critical injuries to his face and was flown by Mercy Air to a trauma center.

After two hours, firefighters were able to free the driver of the truck by cutting a hole in the rear of the cab using heavy-duty equipment.

Two of the man’s family members who drove from Palm Springs had arrived at the scene as the 50-year-old man was being placed into the back of an ambulance.

“He was able to call me right after the crash happened,” stated the driver’s brother. “He told me he was trapped inside and told me where he was, but he sounded like himself and I had no idea it was this bad.”

A second Mercy air helicopter landed at the scene and transported the man to Loma Linda University Medical Center.

The cause of the crash remains under investigation by the California Highway Patrol – Victorville Station.