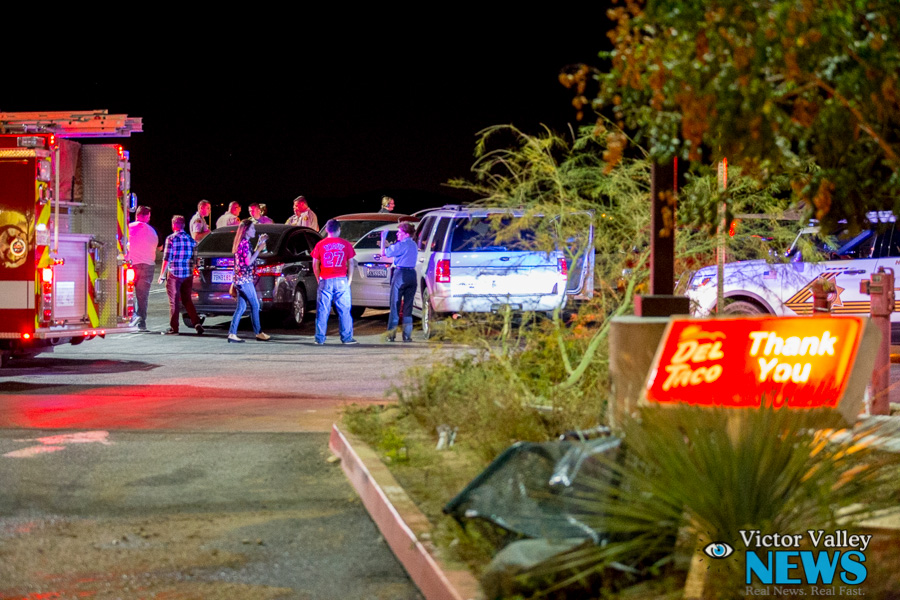 HESPERIA, CALIF. (VVNG.com) A male driver was transported to a local hospital after he left a drive-thru restaurant and crashed into three parked vehicles.

The incident occurred just after 9 p.m. on Friday night at the Del Taco located on the 13000 block of Main Street.

“The man pulled up to the drive-up window and was getting his money out to pay, I noticed he was slow to pull out the money,” said the manager of Del Taco, Tiphany Brucker.

“He handed me a twenty, and before I could give him his food and change he drove off.”

The male driver appeared to have suffered a medical emergency which caused him to pass out while his foot pushed on the gas pedal.

The 2002 Ford Explorer struck the Del Taco exit sign, a water main, and eventually collided into the back of a parked car causing that car to be pushed into two other vehicles.

The driver’s wife told Victor Valley News that her husband appeared to be fine right before he passed out.

She explained that they were out in the heat all day preparing for the SBD Fest, an annual air show and car show that is scheduled to take place tomorrow. “He may have suffered from dehydration I’m not sure,” said his wife Vicky.

The Del Taco and surrounding businesses will be closed until working water is restored. 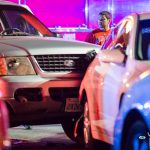 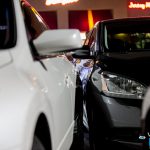 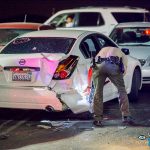