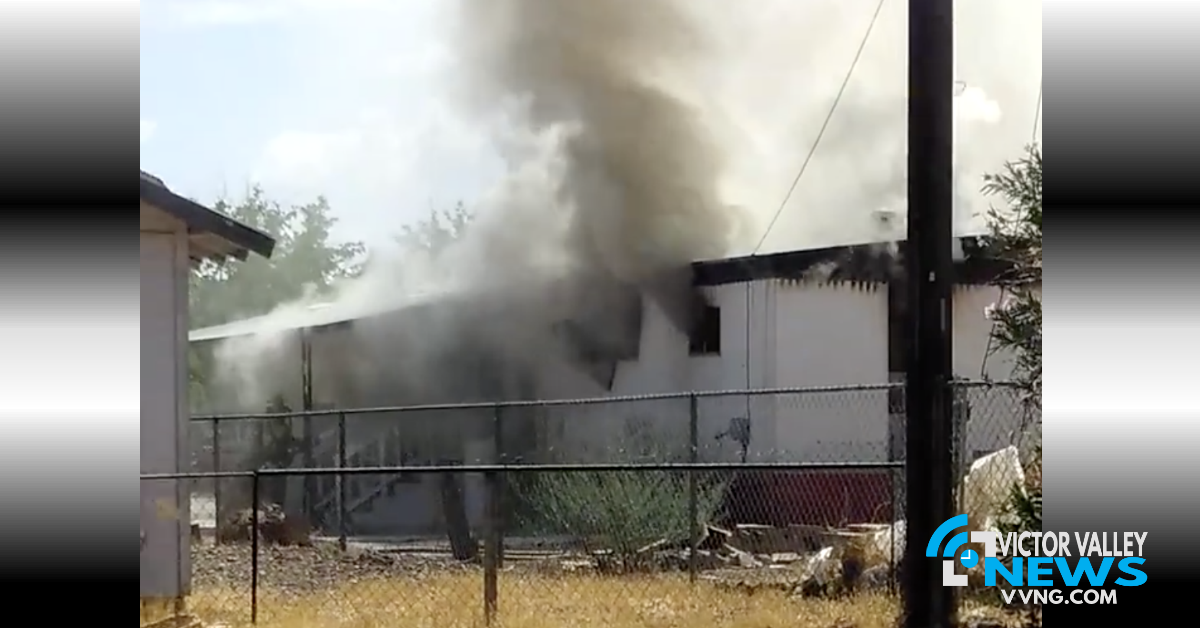 UPDATE 9/1 @ 9PM – Ruben Ibarra Barron, 44, a resident of Hesperia was arrested for PC451.5 (A) aggravated arson and PC148.1(A) resisting arrest. Barron is currently being held on a $250,000 bail and is scheduled for arraignment in a Victorville courtroom on September 6, 2017, according to public arrest logs.

HESPERIA, Calif. (VVNG.com) A man who allegedly threatened to blow up his home and later started a house fire is in custody, officials said.

At about 1:45 p.m., deputies responded to the 18900 block of Linsday Street in Hesperia and located a double-wide mobile home with smoke showing from the roof.

Per scanner reports, the male told dispatchers he had pipe bombs and planned on using them to blow up the house and he was ready to die. Scanner traffic also indicated the home had been previously red tagged by code enforcement.

A deputy observed a male occupant inside the residence looking from the window as the smoke continued to get thicker. The deputy also reported hearing a loud bang coming from the inside of the mobile home. After a brief stand-off, the male exited and was detained without incident.

Deputies secured the scene and firefighters went into a defensive mode and started fighting the fire. San Bernardino County Firefighters knocked down the fire within about 15 minutes and kept it from spreading to adjacent structures.

Sheriff’s officials have one person and custody and no injuries have been reported.

Firefighters will remain on scene for several hours as they conduct extensive overhaul on the structure.