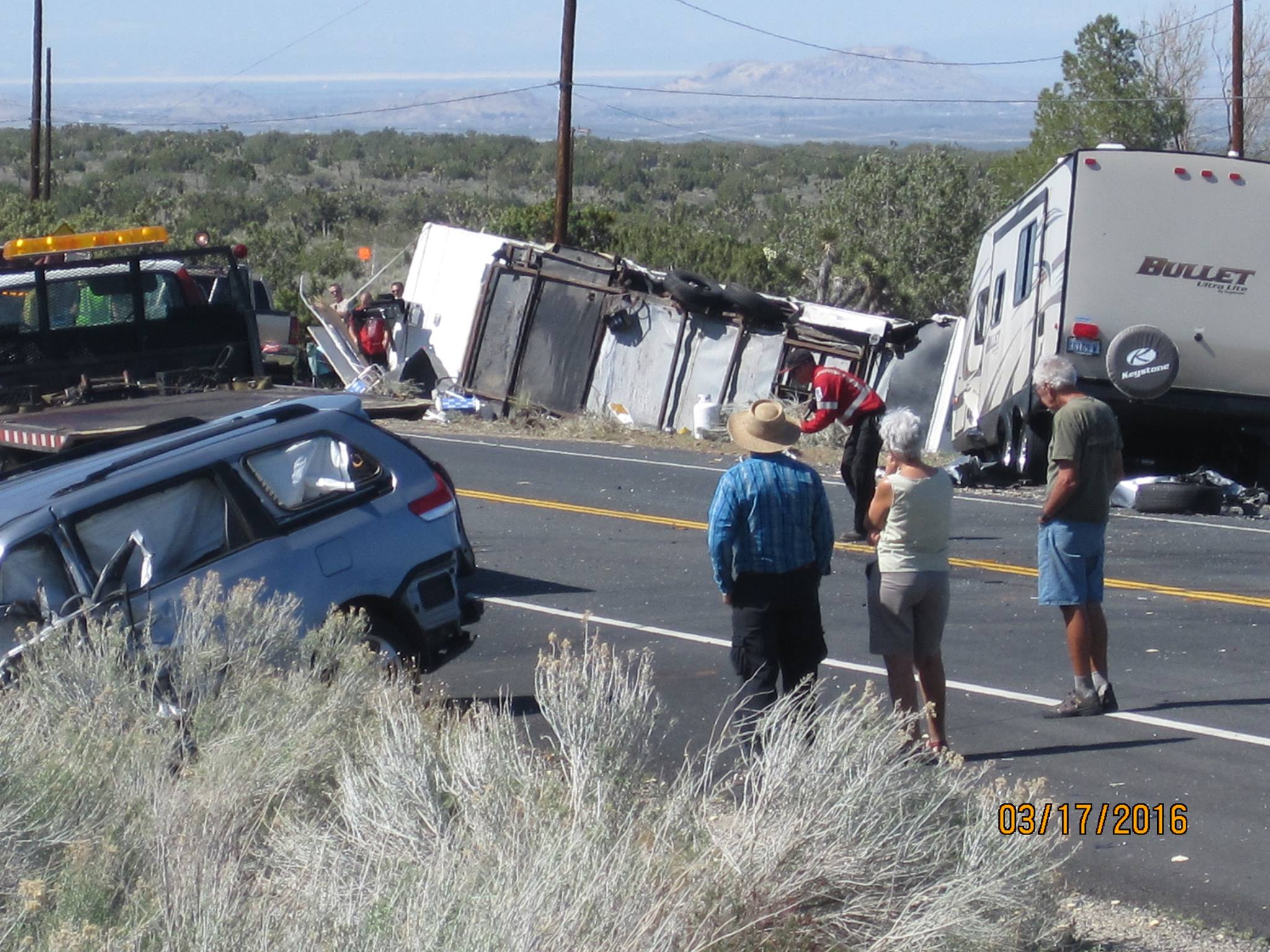 PINON HILLS-(VVNG.com):  One man suffered major injuries Thursday afternoon after crossing over double yellow lines on Highway 138 near Soledad Road, CHP officials said. The three-vehicle traffic collision was reported at 1:29 p.m. when the man, who was traveling eastbound on SR-138 for reasons still under investigation crossed the double yellow lines causing him to go against westbound traffic.

The man, driving a van struck two pickup trucks that were each hauling a fifth wheel travel trailer. The force of the collision caused both trailers to land off the roadway, one overturning.

CHP officials said the man, who was not secured in a seatbelt spun out causing himself to be ejected. The man was airlifted to Loma Linda University Medical Clinic for treatment of major injuries, no other parties were reported injured as a result of the collision.

Both lanes were blocked per scanner traffic causing traffic back-up for several miles in both directions. One lane was subsequently open at around 2:53 p.m. and just before 4:00 p.m. both east and westbound lanes were re-opened to traffic.