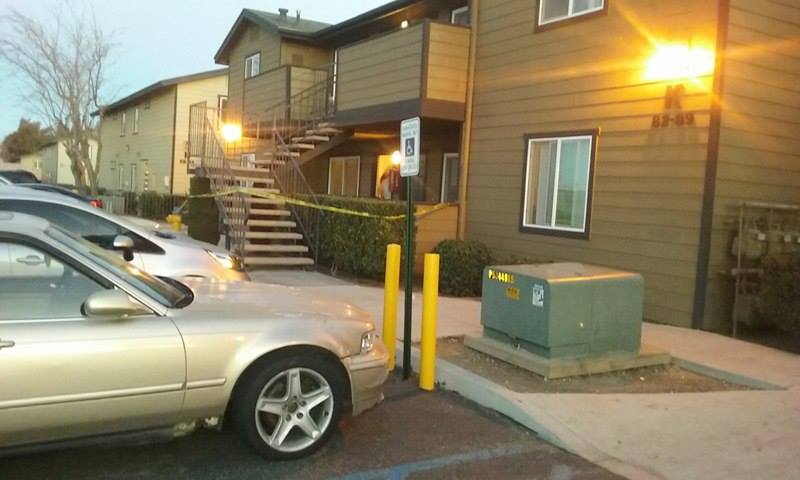 VICTORVILLE-(VVNG.com):  As friends and family mourn the loss of a 77-year-old Victorville woman who was slain while in her apartment, the man suspected of her murder appeared in court on Thursday.

On the afternoon of Monday, February 8th deputies arrived at an apartment complex near El Evado and Begonia Roads in response to the report of a woman deceased in the apartment. Shirley Stewart was located in her home and was confirmed to be deceased.

The nature of her injuries caused deputies to request the San Bernardino County Homicide Detail to continue with the investigation. The investigation led detectives to 26-year-old convicted felon, Terrence Marzet Scott.

Terrence Marzet Scott, 26 denied all charges against him on Thursday, February 11, 2016, at the Victorville Superior Court. Scott remains at the High Desert Detention center in lieu of $1 million bail.

Anyone with information regarding this investigation is urged to contact the Homicide Detail, Detective Nick Hartleben or Sergeant John Gaffney at (909) 387-3589. Callers wishing to remain anonymous are urged to call the We-Tip Hotline at 1-800-78-CRIME (27463) or you may leave information on the We-Tip website at www.wetip.com.