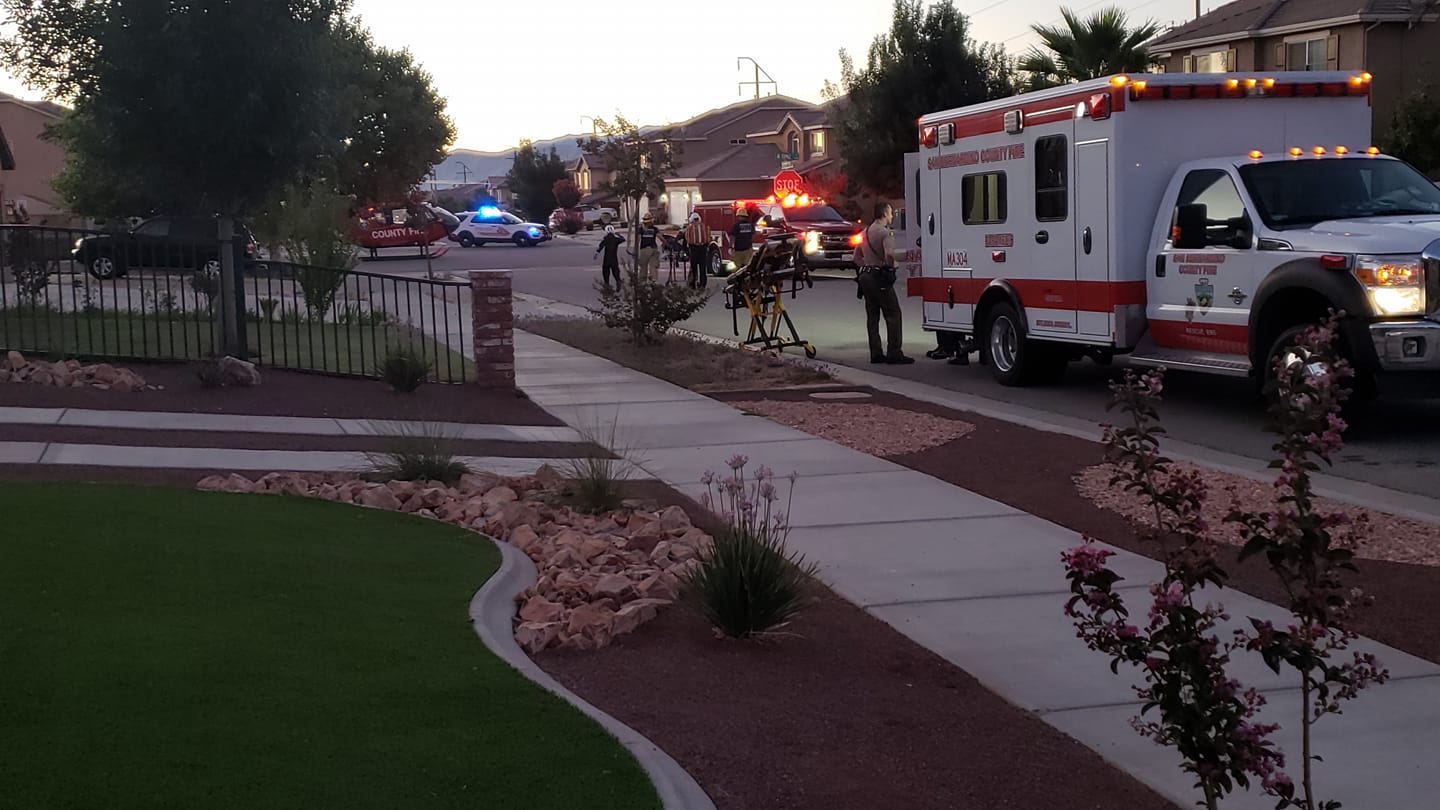 HESPERIA, Calif. (VVNG.com) — A man was seriously burned after attempting to climb a transformer inside a power plant early Sunday morning.

At about 4:37 am, Hesperia station deputies responded to the 9000 block of Topaz Avenue regarding a suspicious person.

“Upon arrival, deputies were advised by the reporting party, an Edison employee, that he had been called to the location due to a transformer malfunction,” Sherriff’s spokeswoman Jodi Miller told Victor Valley News.

Miller said while checking the equipment, a white male with burns on his body appeared within the secured area of the power plant. The male subject appeared to have severe burns to his body and he left the area on foot.

Deputies found the male in the area of Topaz and Desert Rose with several electrical burns.

County Firefighters landed helicopter H325 in the residential neighborhood and airlifted the male to a trauma center.

“Through investigation, it appears the subject, for unknown reasons, attempted to climb the transformer, the extent of damage to the transformer is unknown at this time,” stated Miller.

Jenni Fregoso lives in the area and she told VVNG the male suspect rang her doorbell twice and both incidents were captured on Ring cam video.

During the first visit at 12:57 am the shirtless man rang Jennie’s doorbell and for about 10 seconds messed around with an unknown object in his hands and on his feet before walking off.

“At that hour I have no idea what he was trying to do. Then at 4:45 am he came back with a shirt on and pants down ringing the doorbell, started to scream and then walking to my neighbors trying to use their hose,” stated Jennie.

Many residents in the general area reported a brief power outage that lasted between 2-5 minutes at around the time of the incident.

An update on the suspect’s condition was not available at the time of this article.