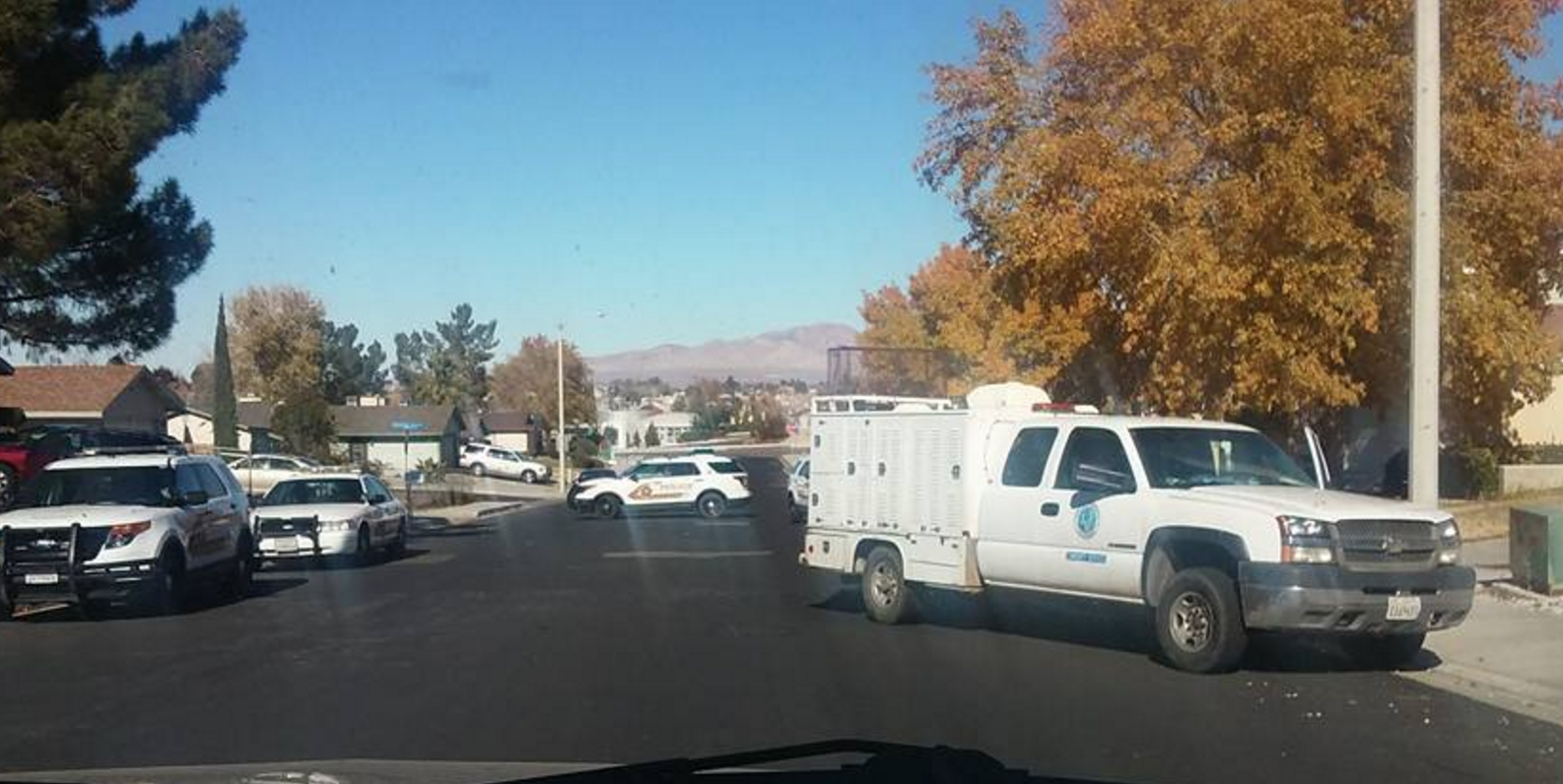 VICTORVILLE-(VVNG.com): At about 11:37 a.m. on Sunday, November 29th deputies from the Victorville station were dispatched to a report of two pit bulls attacking a man on the 12800 block of 1st street near Nisqualli Road. The man was reportedly in the middle of the street when bystanders witnessed the man being attacked by the two apparently vicious dogs.

“I was at the corner when it happened, the dogs attacked a man crossing the street. Four cars stopped and started honking to get them off him, then they got out the car. The dogs turned on one man and got him down. It was horrific, the two guys got to safety, but the two dogs were loose when I drove off. Both dogs had blood on them one was dripping blood from his mouth,” said Bianca Morales, on a Victor Valley News Facebook group comment.