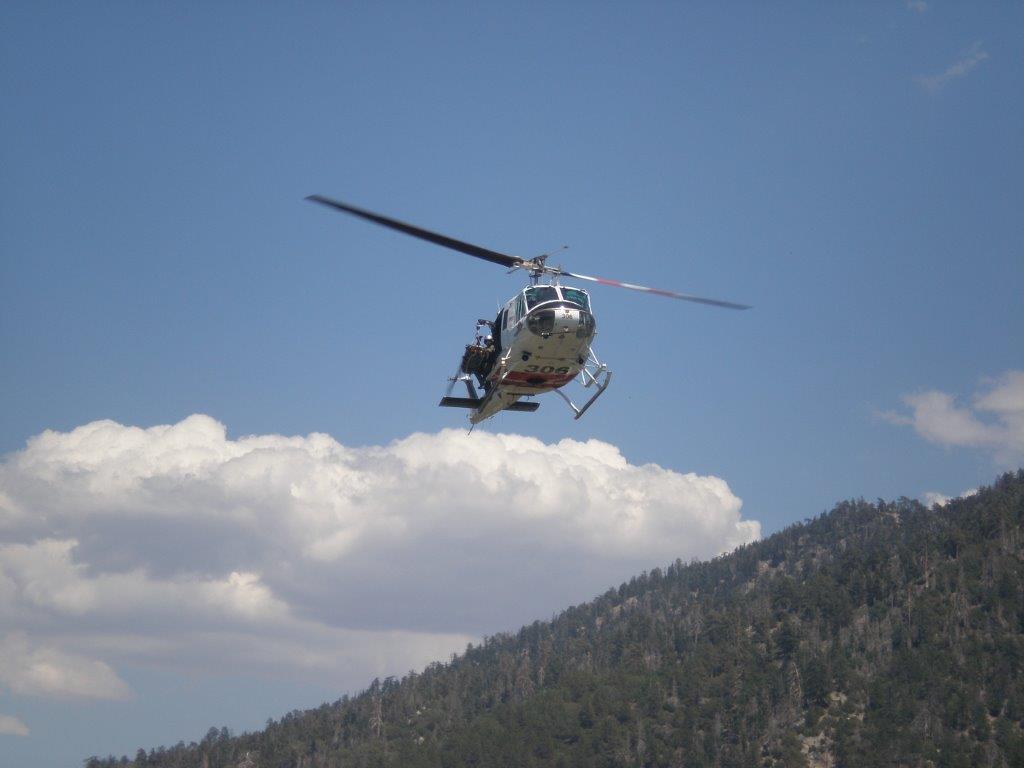 DEEP CREEK-(VVNG.com): A 29-year-old Rancho Cucamonga man was hoist rescued on Sunday, November 15th from the Bowen Ranch area of Deep Creek San Bernardino County Sheriff Officials said. The man, identified as Travis Hughes was in the area when he began suffering from a medical condition causing him to be unable to walk. Hughes also began suffering from hypothermia.

Other hikers in the area called 911 requesting assistance for Hughes. The Sheriff’s Aviation, 40-king responded to the call in an attempt to locate the ailing man. The crew located Hughes after a brief search and determined he would require a hoist rescue due to his condition and the mountainous terrain. Air rescue06 responded to the scene and arrived at about 4:40 p.m.

The helicopter then hovered over the victim, while the hoist was lowered, Hughes was placed onto a litter and he was hoisted into the helicopter to be transported to Loma Linda University Medical Center for treatment.