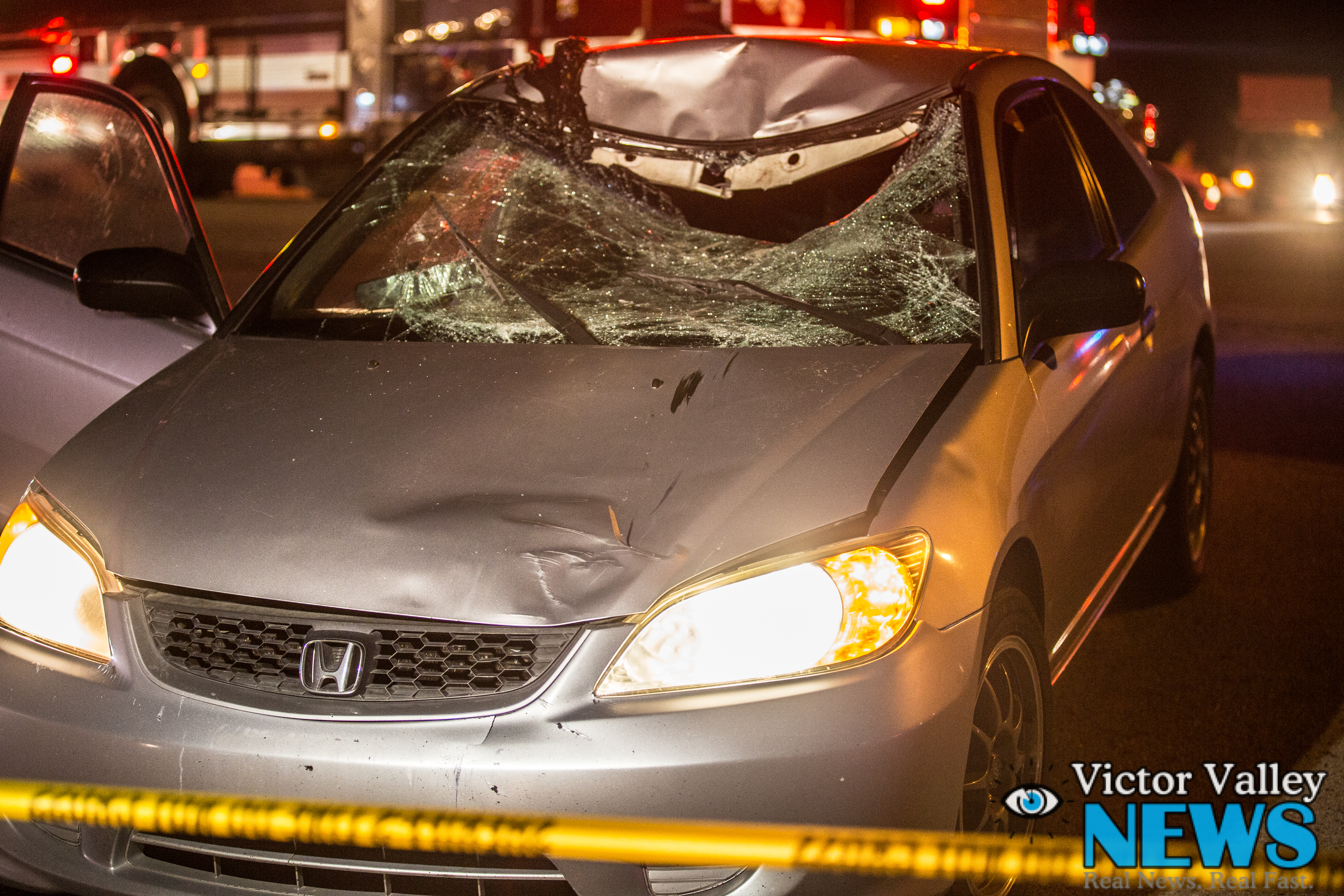 VICTORVILLE, Calif. (VVNG.com) A male pedestrian was flown to a trauma hospital after he was struck by a vehicle while  attempting to cross multiple lanes of a busy road.

At about 5:21 p.m. on November 23rd, dispatch received reports of a vehicle versus a pedestrian at the intersection of Bear Valley Road, just east Cypress Avenue.

When deputies arrived on scene they located a White male adult lying in the no.3 westbound lane of Bear Valley Road with critical injuries. The driver of the silver Honda Civic that struck the pedestrian remained on scene on cooperated with authorities.

Witnesses reported seeing the pedestrian darting across the northbound lanes of traffic to reach the south side of Bear Valley Road.

The pedestrian was airlifted to Arrowhead Regional Medical Center with critical injuries. “It look’s like he has a few broken bones, he’s not conscious but is breathing and you can see him moving his arms and legs,” stated San Bernardino County sheriff’s Deputy Jeff Dean.

The female driver of the Civic was treated at the scene for glass in her arms and other lacerations received from the shattered windshield. Alcohol or drugs were not believed to be a factor in the collision, authorities said.

East and westbound Bear Valley Road will be closed between Balsam and 11th Avenue for five hours while the Major Accident Investigation Team processes the scene. 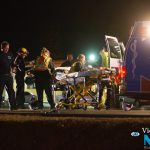 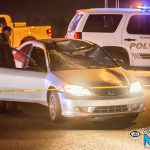 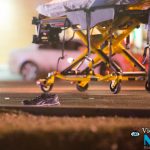