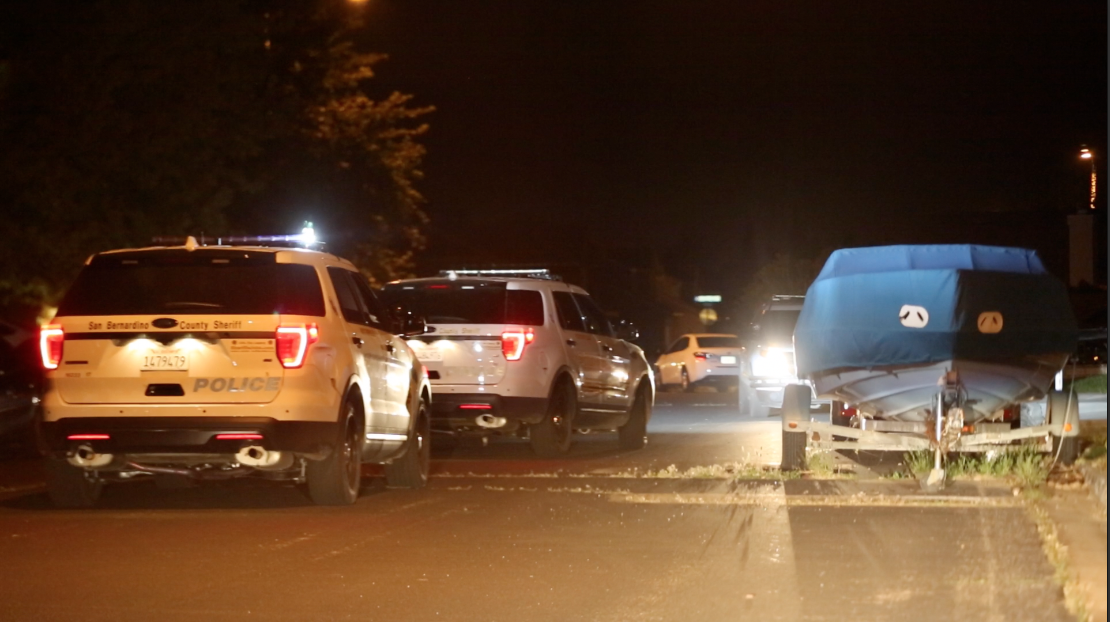 VICTORVILLE-(VVNG.com): A 31-year-old Victorville man was arrested for kidnapping and assault with a deadly weapon after stealing a vehicle with the owner on the hood authorities said. On the evening of Friday, April 15, 2016, deputies responded to the 13200 block of Soft Cloud Way in Victorville.

The mother of the victim called 911 reporting that her daughter’s boyfriend was just released from jail and was at their home. She told dispatchers that he stole her daughter’s gold Honda Accord and her daughter was on the hood of the car. She also said that the suspect, identified as Edward Poquette ran into several mailboxes as he drove away from the home.

Poquette drove several blocks, leaving the vehicle near Cobalt and Bear Valley Roads, where he fled on foot through the desert. Deputies called for Aerial and K9 support from Deputy Moyer and his K9 partner Ellie. Ellie got to work immediately upon arrival tracking the suspect’s scent through backyards, eventually locating him in an RV at a vacant residence near San Dimas Street and Canta Loma Lane.

The 31-year-old victim was not injured as a result of this incident. Suspect Poquette was taken into custody and booked into the High Desert Detention Center for kidnapping, assault with a deadly weapon and violation of a restraining order from a previous domestic violence incident. He is being held in lieu of $250,000 bail and is scheduled for an arraignment hearing on the afternoon of Tuesday, April 19th.