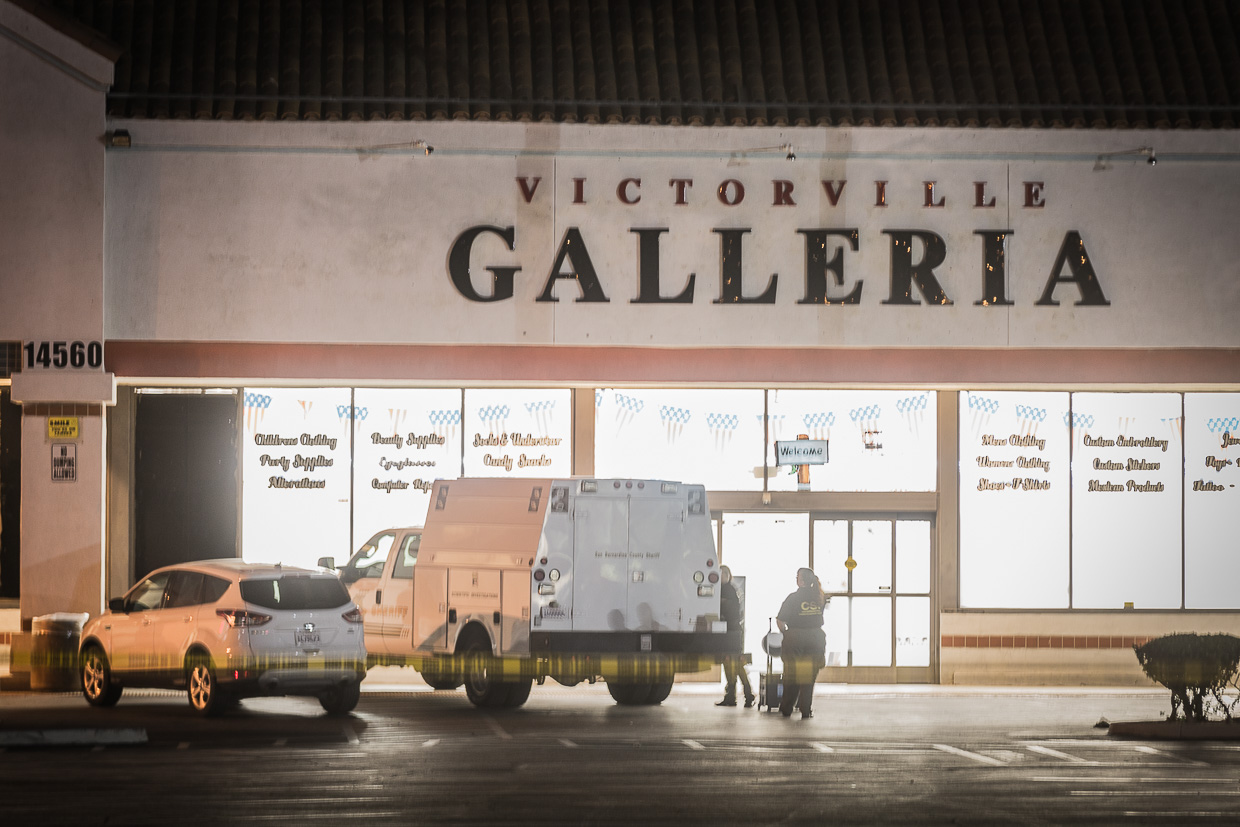 VICTORVILLE, Calif. (VVNG.com) A store clerk is in critical condition after she was stabbed in her chest by a man suspected of shoplifting, scanner traffic reported.

This happened at around 5:40 p.m. Sunday, inside the Victorville Galleria located at 14560 Palmdale Road.

A man who spoke with Victor Valley News said he and his 5-year-old daughter were walking inside the swap meet when they heard someone yelling for help.

The suspect was held at gunpoint by a man believed to be the victim’s son, the witness said. Deputies responded and arrested the suspect.

The woman was transported to Victor Valley Global Medical Center where she was to be airlifted to a trauma center. Her condition remains unknown at this time.

The shopping center’s parking lot was taped off with crime scene tape as investigators with the Sheriff’s Scientific Investigations Division worked into the late night processing the scene.

This is a developing story. To receive updates join our free newsgroup on Facebook ->> JOIN Victor Valley News.