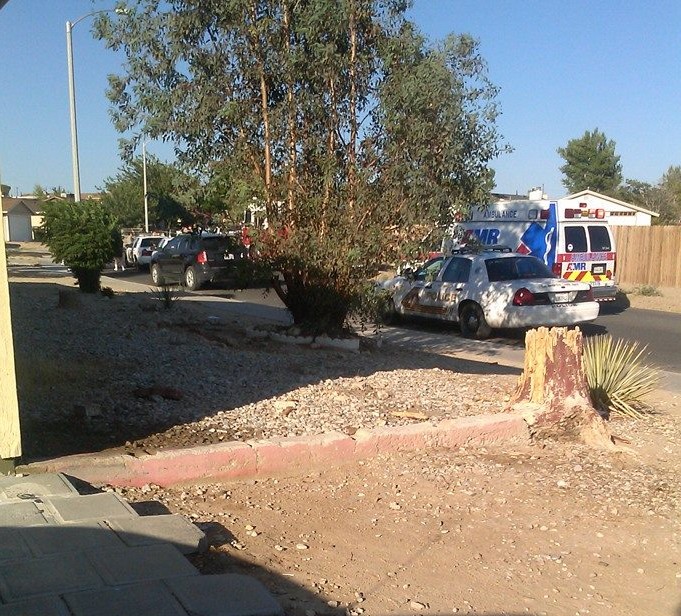 [googlemap src=”” align=”alignright” ]VICTORVILLE:(VVNG.com)- On Monday, June 30, 2014, deputies from the Victorville Police Department responded to the 15900 block of Escorza Lane, reference an emergency call stating someone had been stabbed. Upon arrival, deputies found 68-year-old Manuel Medrano from Apple Valley inside the garage of the residence with stab wounds. Medrano was pronounced deceased at the residence. The Sheriff’s Homicide Detail was requested to conduct the investigation.

Detectives determined 40-year-old Ramon Julian Gonzales, from Rancho Cucamonga was responsible for the stabbing and a warrant was obtained for his arrest. On Tuesday, July 01, 2014, at approximately 11:00 a.m., deputies from the Sheriff’s Specialized Enforcement Division and Victorville Police Department located Gonzales in the area of Highway 395 and Dos Palmas Road. Gonzales was taken into custody without incident. Gonzales will be booked into the High Desert Detention Center for murder with a bail of 1 million dollars.

Anyone with information related to this investigation is asked to contact Detective Mike Walker or Sergeant Jason Radeleff with the San Bernardino County Sheriff’s Department Homicide Detail. Persons wishing to remain anonymous are encouraged to contact WeTip at 800-78-CRIME or www.WeTip.com.