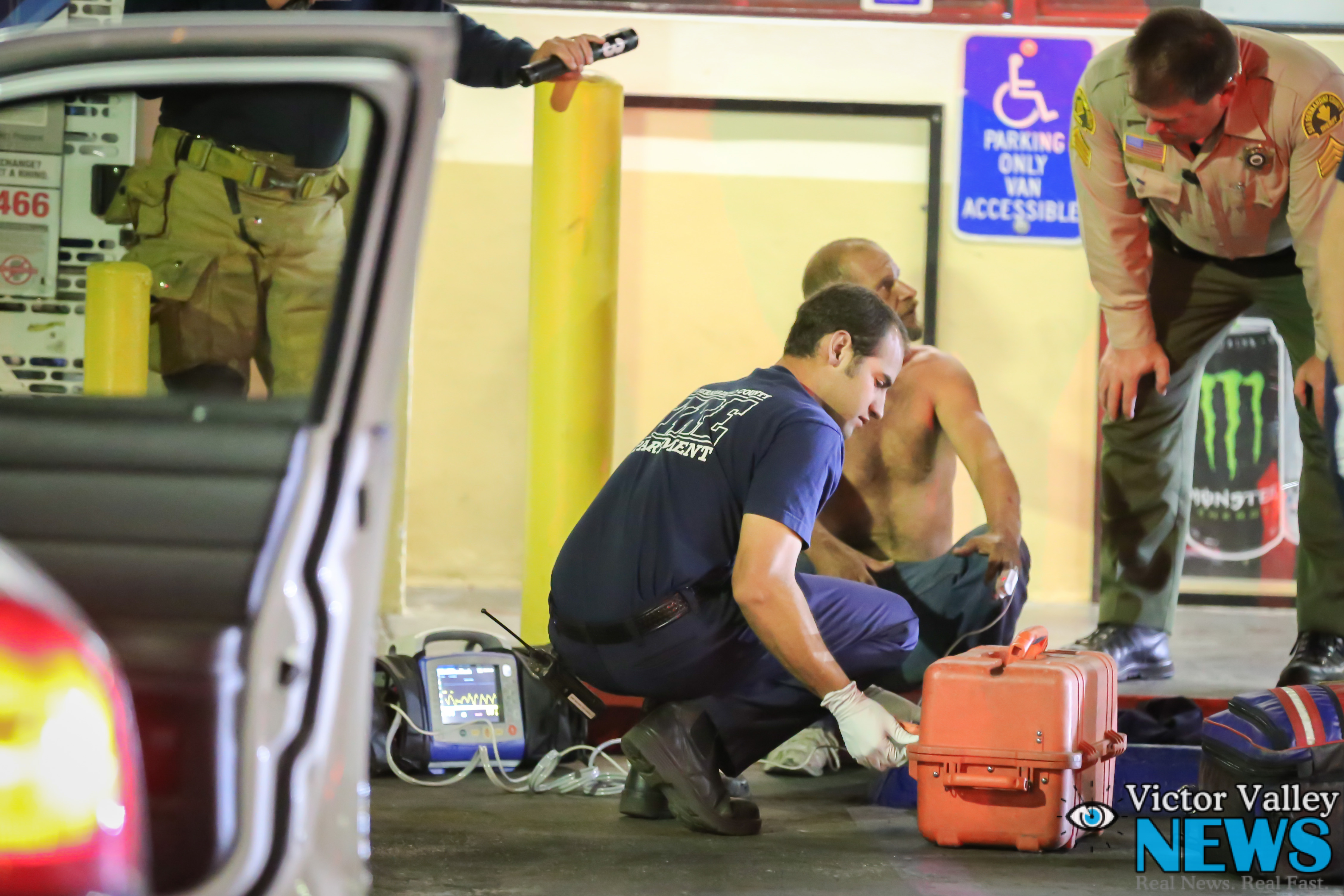 VICTORVILLE:(VVNG.com)- A man was airlifted with multiple stab wounds on Wednesday night.

At about 10:36 PM, on May 4th,  police were dispatched to the Arco gas station at the corner of Park Avenue and Palmdale Road following the report of a stabbing.

The store clerk told dispatchers that the man came into the store covered in blood and saying he was stabbed.

Upon arrival, deputies located a white male transient sitting near the front entrance of the business with multiple stab wounds to his back.

The victim was alert and conscious as he was transported by ground ambulance to a local hospital where he was then airlifted to Antelope Valley Trauma Center for treatment.

Per scanner traffic, the male suspect left the scene in a white vehicle. He was described as being White or Hispanic and approximately 40-50 years of age.

“It appears he may know the person but deputies have not been able to confirm the information,” said Victorville Sheriff’s Station Spokeswoman, Mara Rodriguez. “No arrests have been made and no suspect confirmed.”

The story is developing. Please check back later for more information.