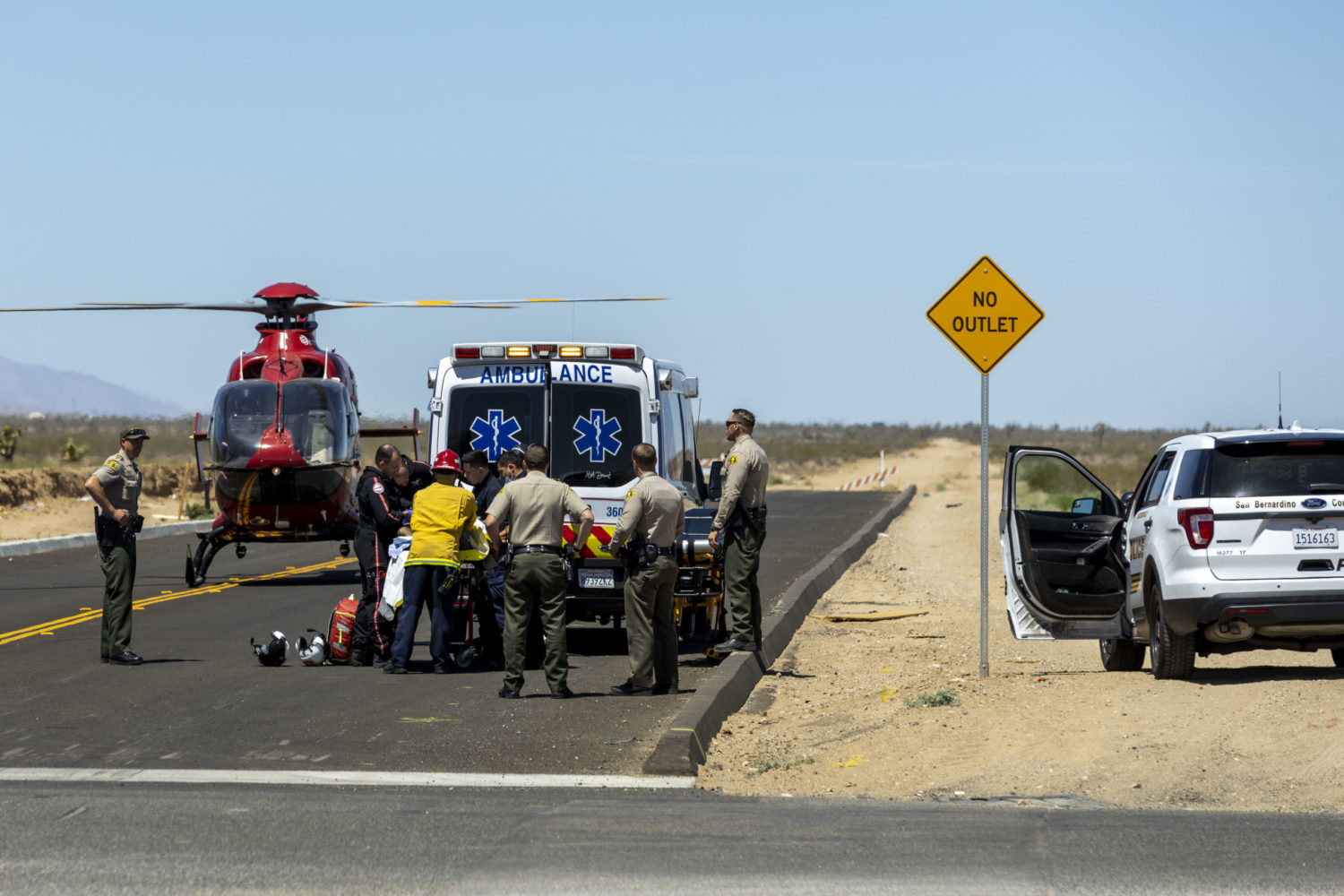 Sheriff’s spokeswoman Mara Rodriguez said the suspect identified as Deandre Gibson, showed up at his family’s home and was involved in a confrontation with a 56-year-old family member at the location.

Victorville City Firefighters responded to the incident and requested a helicopter to transport the victim suffering from multiple stab wounds. A Reach helicopter landed in a residential neighborhood near La Mesa Road and Mesa View Drive and airlifted the victim to a trauma center in critical but stable condition at the time of transport, officials said.

Rodriguez said when deputies arrived at the incident location, the suspect was located and taken into custody without incident.

“Two knives, believed to be the weapons used in the stabbing, were located inside the house and collected as evidence,” stated Rodriguez. Gibson was arrested and booked at High Desert Detention Center for attempted murder and assault with a deadly weapon.

He is currently being held on a $1 million dollar bail and is scheduled for arraignment in a Victorville courtroom on July 1st.