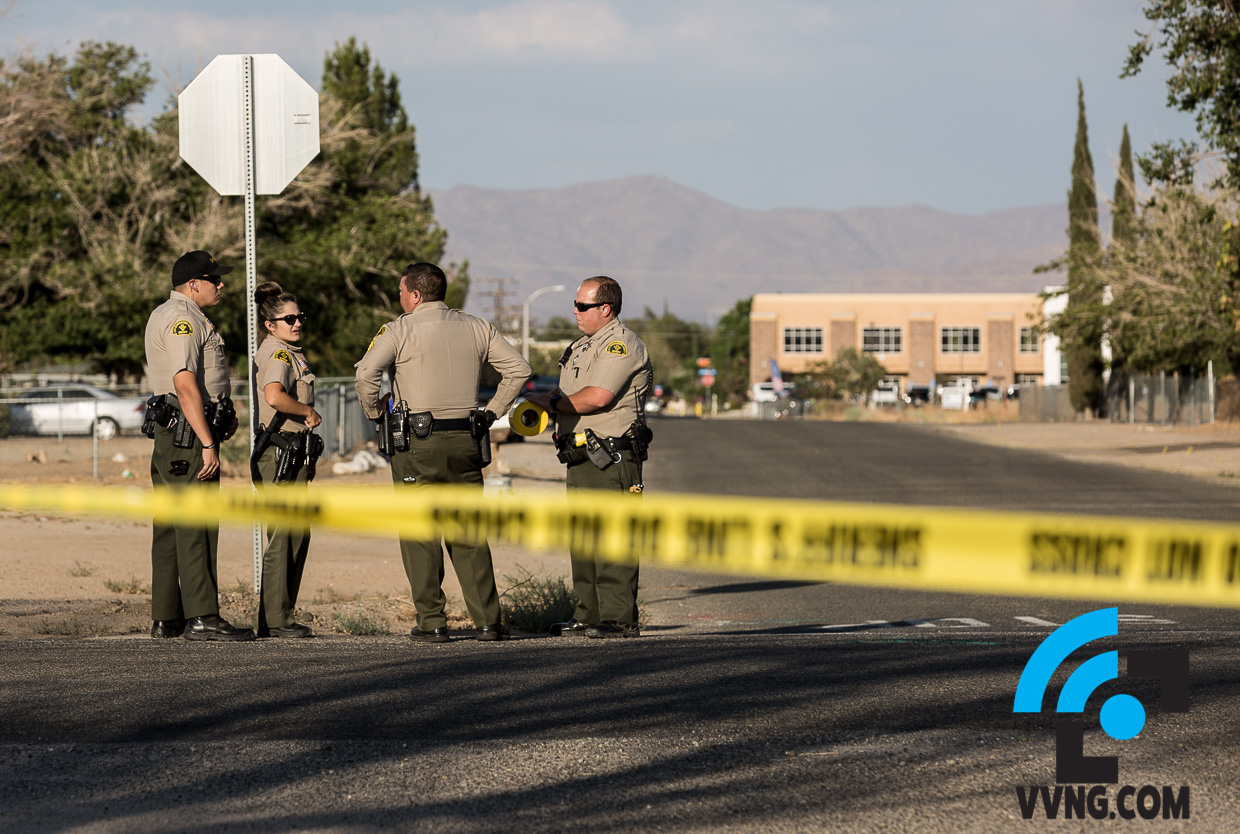 VICTORVILLE, Calif. (VVNG.com) Authorities are searching for a suspect wanted in connection with a stabbing that occurred Saturday in Victorville.

It happened at about 6:15 p.m. on Bonanza Road just east of Borego Road in a vacant dirt lot.

When deputies arrived on scene they located a man who had been stabbed by an unknown male.

The victim was able to make contact with residents in the neighborhood who called 911.

The victim, who witnesses say is a local transient known in the area,  was transported by ambulance to Liberty Park and further airlifted to a trauma center for treatment.

The suspect who fled the scene is described as a Hispanic male adult, bald with tattoos, according to witnesses at the scene.

Deputies immediately cornered off the area to further investigate the incident. 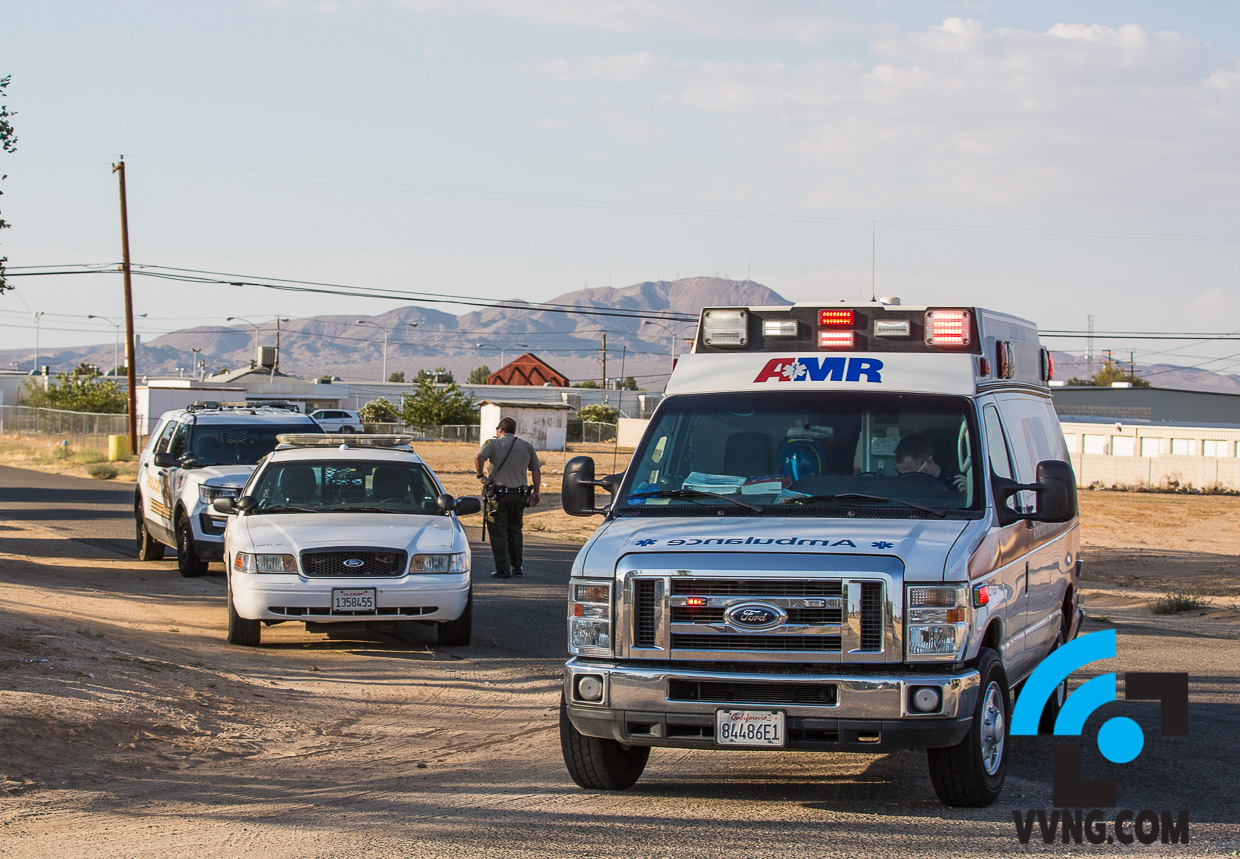 A man was transported by helicopter to an out-of-area trauma center after he was stabbed on Bonanza Road in Victorville. (Gabriel D. Espinoza, Victor Valley News.)

Related Topics:Man stabbed in victorville
Up Next

Car plows into business on 7th Street in Victorville; woman arrested for hit-and-run

Silverwood fire at 7.5 acres and 30% contained; Lake and campground are open