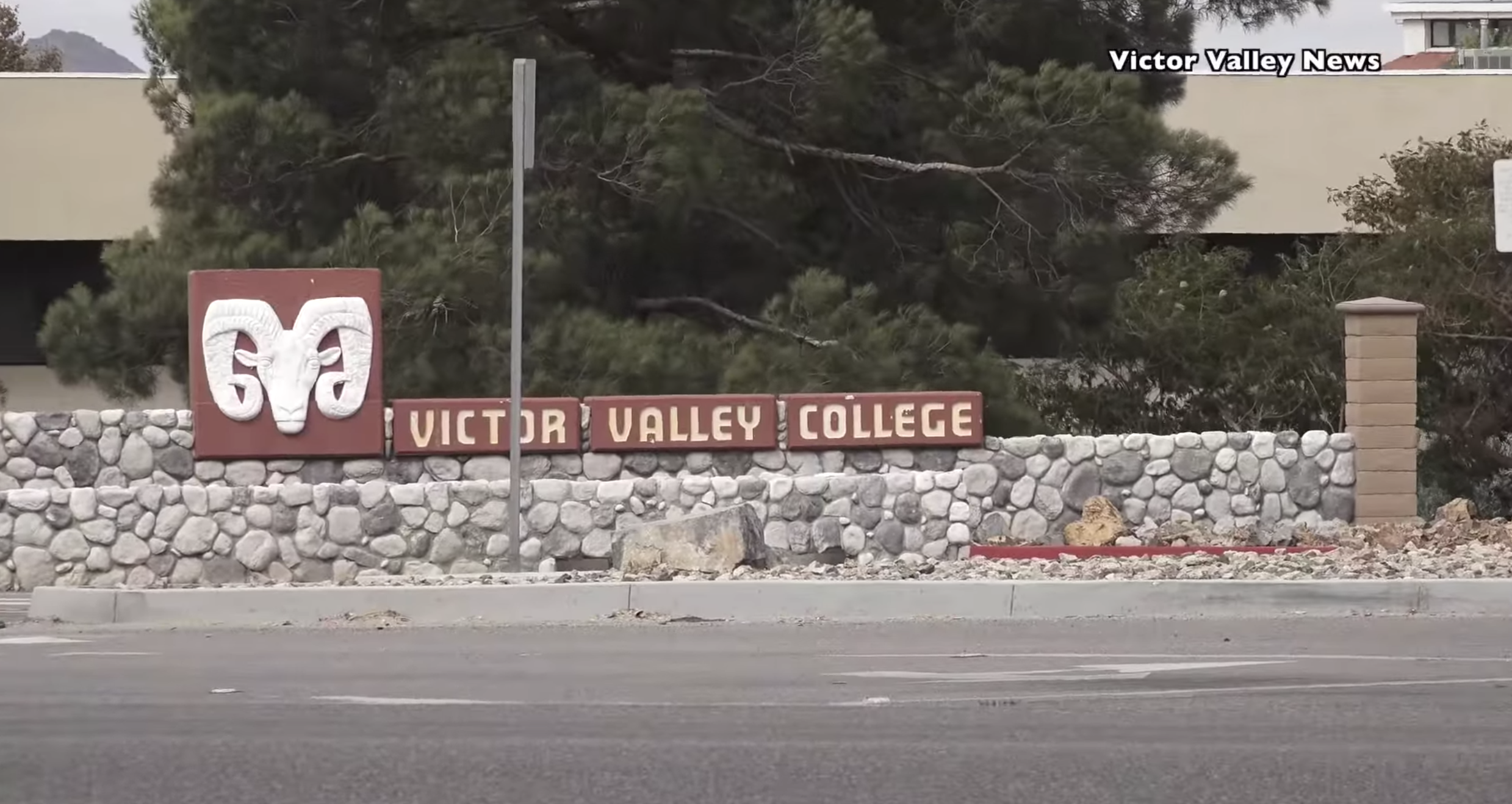 VICTORVILLE, Calif. (VVNG.com) —  Victor Valley College (VVC) was placed on lockdown after a man was stabbed in the face while at the campus Wednesday afternoon, officials said.

At about 4:25 pm, an alert via RAVE and email went out to students that read “VVC Alert: Temporary lock down on campus to search for a possible assault suspect.”

Brian Woods is a member of Victor Valley News Group and he started a post saying he was locked inside a classroom and waiting for further notification. He also mentioned he heard that someone had reportedly been stabbed in the upper campus.

The lock down was lifted at 4:56 pm, when a second alert went out that read – “VVC Alert: All Clear. Buildings and Campus checked by SO and VVC Police.”

VVC Spokesman Robert Sewell said late this afternoon a call was received by the police department of a possible stabbing on campus.

“A male individual was transported by EMS to the hospital with a stab wound to the face.  The college was placed on lockdown as a precautionary measure,” said Sewell in an email.

According to Sewell, it appears the stabbing happened on the VVC campus. He said no further details can be given at this time since it is an active investigation.

The San Bernardino County Sherriff’s Department conducted the investigation with the assistance of VVC campus police.

It’s unknown if police are actively searching for any suspects.

UPDATE @ 8:00 PM – Sheriff’s spokeswoman Cindy Bachman confirmed no arrest has been made and the suspect is outstanding.  According to Bachman, at about 3:37 pm, two males had a disagreement that was possibly drug-related and one of the men stabbed the other. The victim’s injuries did not appear to be life-threatening.