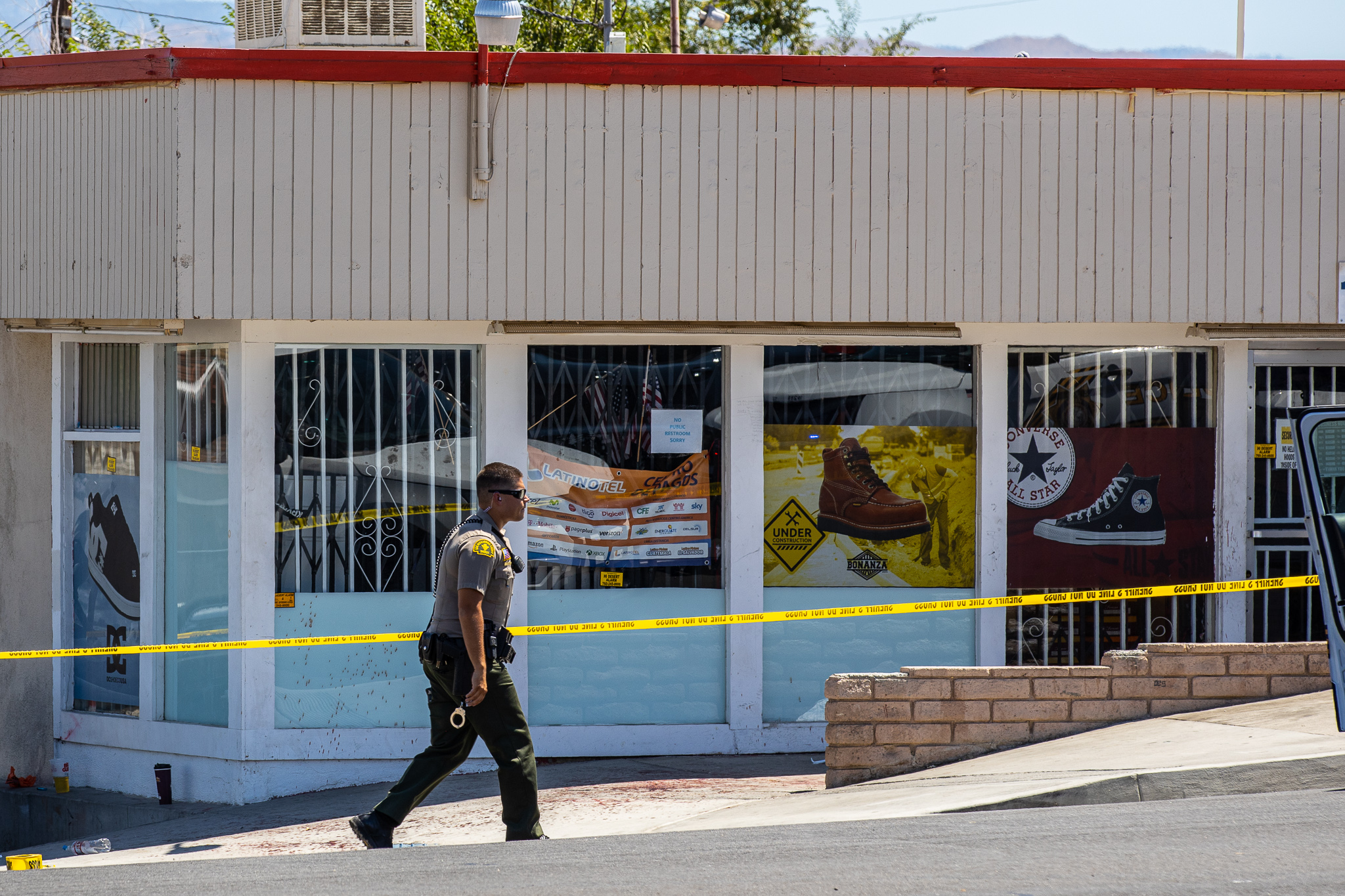 VICTORVILLE, Calif. (VVNG.com) — Police are searching for a suspect who stabbed another man in the face Thursday afternoon.

It happened at about 12:43 pm in front of Aurora Shoe Outlet on the corner of 7th and Union Streets in downtown Victorville.

Sheriff’s spokeswoman Mara Rodrigue said the male victim was stabbed in the face.

The male was transported to a local hospital by ground ambulance and subsequently flown to an out of area trauma center. Rodriguez said his condition was unknown.

“Detectives and deputies are working to identify and locate the male suspect,” stated Rodriguez.

Officers at the scene photographed a large pool of dry blood on the sidewalk as well as blood that was splattered on the windows of the business.

After everyone cleared the scene, the owner of the business was outside with gloves, bucket, and a water hose cleaning up the bloody scene himself.

No other information is available at this time and information about the incident can be reported to Victorville PD at 760-241-2911.