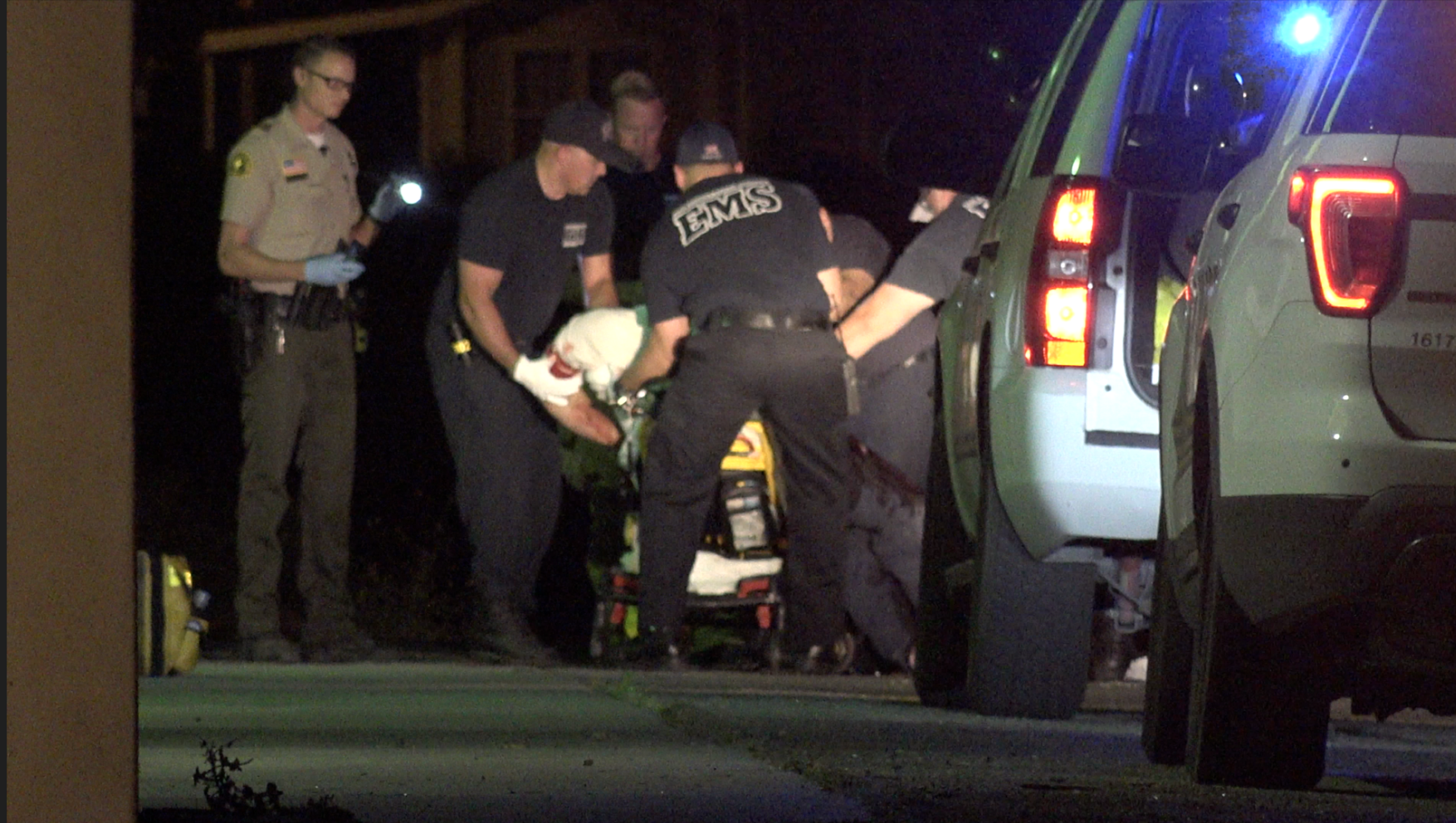 HESPERIA, Calif. (VVNG.com) A man is fighting for his life after he was found stabbed multiple times near a Hesperia business Tuesday night.

On May 30, 2017, at approximately 11:27 p.m. Hesperia deputies responded to the parking lot of Custom Stitch Upholstery located in the 16600 block of Walnut Street.

Upon arrival, they located a Toyota Camry with a Hispanic male inside bleeding profusely who eventually lost consciousness, per scanner reports.

Sergeant Burns from the Hesperia Sheriff’s Station told Victor Valley News the victim was stabbed at an unknown location. “The victim drove to where he works and that’s where we found him,” stated Burns.

The owner of the business confirmed the victim a male in his 20’s has worked at the location for the past two months.

The victim was transported via ground ambulance to the Hesperia Airport and then airlifted to a trauma center. His condition remains unknown.

Authorities said they don’t have a suspect in custody and are attempting to determine where the crime occurred.

Deputies remain at the scene conducting an investigation. No further information is available at this time.

The victim was stabbed at an unknown location but drove to his place of work before losing consciousness. (Gabriel D. Esipinoza, Victor Valley News)