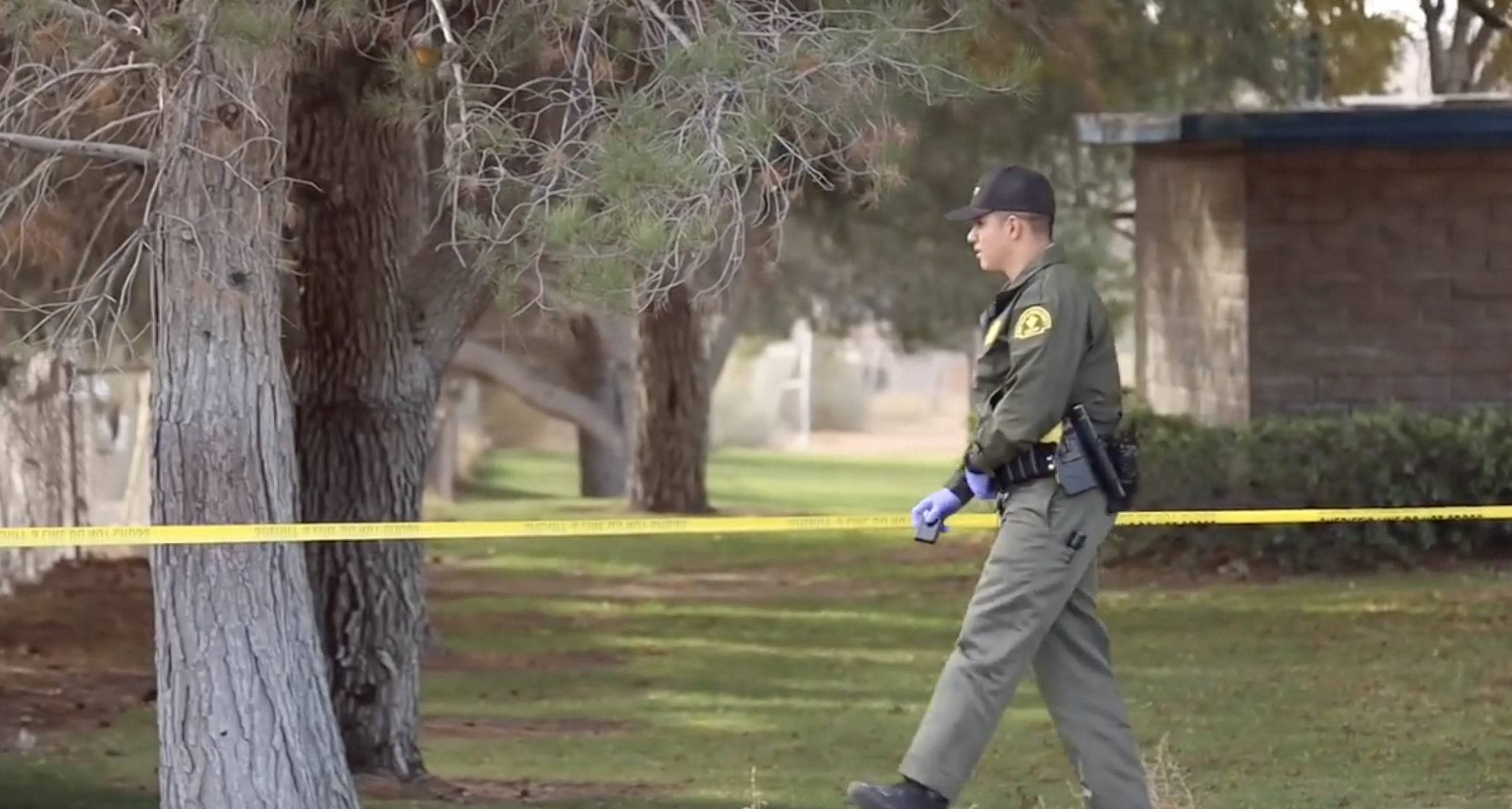 VICTORVILLE, Calif. (VVNG.com) — A man was airlifted to a hospital on Thursday afternoon after he was stabbed at Grady Trammel Park in Victorville.

At about 2:45 pm, deputies responded to the Burrtec Recycling Center in the 17000 block of Stoddard Wells Road reference a stabbing victim.

Victorville Sheriff’s Spokeswoman Mara Rodriguez said the man was stabbed by an unknown suspect in the park and after the stabbing, he [the victim] ran to the Burrtec parking lot, where he asked employees to call for help.

San Bernardino County Firefighters responded to the scene and treated an adult male with a stab wound to his torso. California Highway Patrol’s helicopter H80 landed in a field near the scene and airlifted the patient to a trauma center for treatment.

Rodriguez said the victim refused to give any information to deputies about the incident or suspect(s) and no suspects have been located.

San Bernardino County Sheriff’s deputies with the Victorville Station focused their investigation at Trammel Grady Park near a van, and also directly in front of the recycling center’s front office.