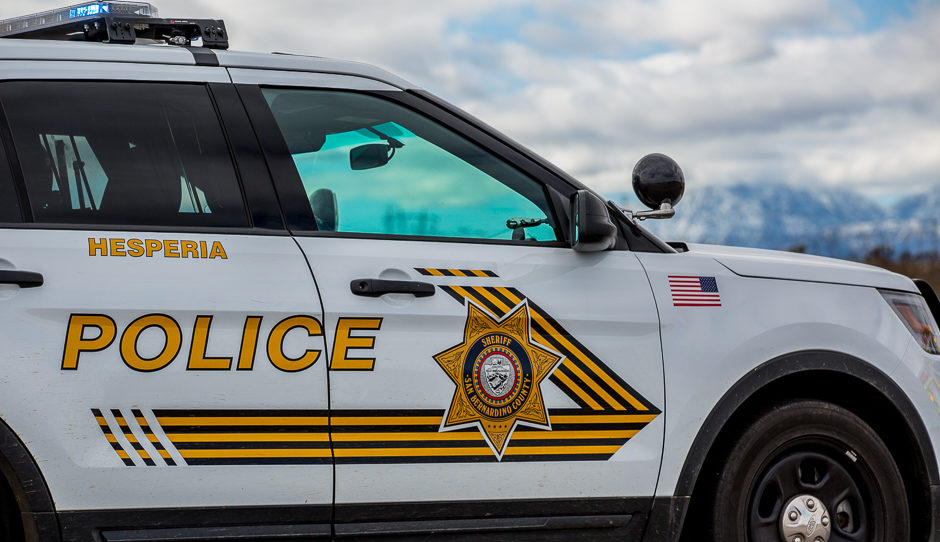 HESPERIA, Calif. (VVNG.com) — A man feuding with an ex-girlfriend was stabbed in his thigh after agreeing to meet for a mutual fight, officials said.

Sheriff’s Service Specialist Edgar Moran told Victor Valley News at about 5:07 pm, on January 29, 2019, a stabbing call was received at the Hesperia Station.

“The victim was using the outside dispatch phone and stated he had been stabbed in the leg,” stated Moran.

According to Moran, Deputy McNinch arrived on scene and learned that victim, his current girlfriend, his ex-girlfriend, and ex-girlfriend’s step-father agreed to meet by Topaz Ave and Main St for a mutual fight.

“During the physical altercation, the step-father produced a kitchen knife and began swinging it at [the] victim. The victim and his girlfriend then entered their vehicle to flee when the victim was stabbed in his left leg,” said Moran.

After the stabbing, the victim and his girlfriend then drove to the Hesperia Station where they called for help. Moran said the stabbing victim suffered a 1-inch cut and was transported to a local hospital.

The investigation is still ongoing and addition and it’s unknown if any arrest have been made.