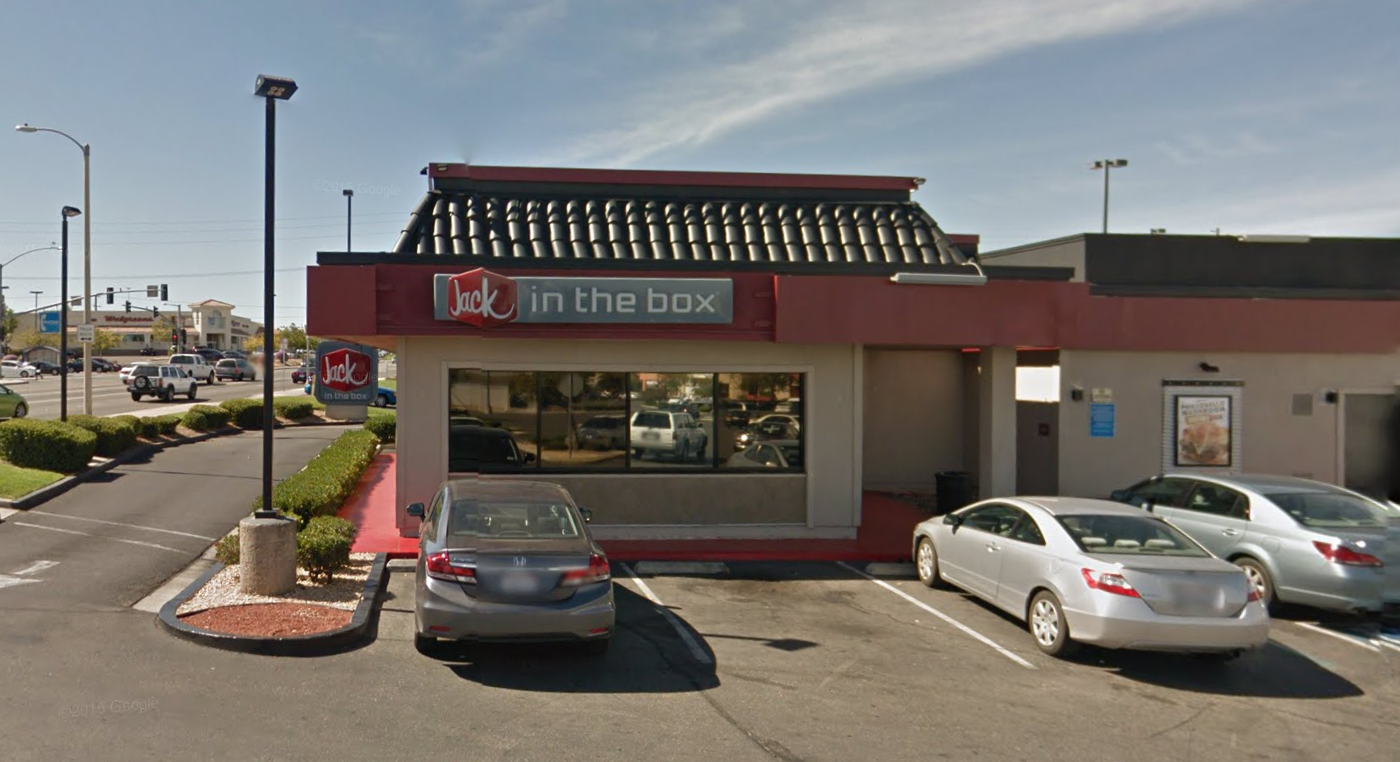 VICTORVILLE, CA:(VVNG.com)– Authorities are continuing to search for a suspect that robbed a local fast food restaurant on Saturday afternoon.

The robbery was reported at about 3:24 p.m. on Saturday, October 1st at the Jack in the Box located at 12134 Hesperia Road in Victorville.

According to Sheriff’s spokeswoman Mara Rodriguez, the man entered Jack In The Box and stole money from the register before fleeing from the location on foot. “There was no reports of him being armed.”

“The suspect was described as a white male, wearing a gray shirt with Monster logo on it, gray shorts, very short hair,” stated Rodriguez.

No further information was available and the suspect was not located.

Anyone with information is urged to contact the Victorville Police Department at 760-956-5001.