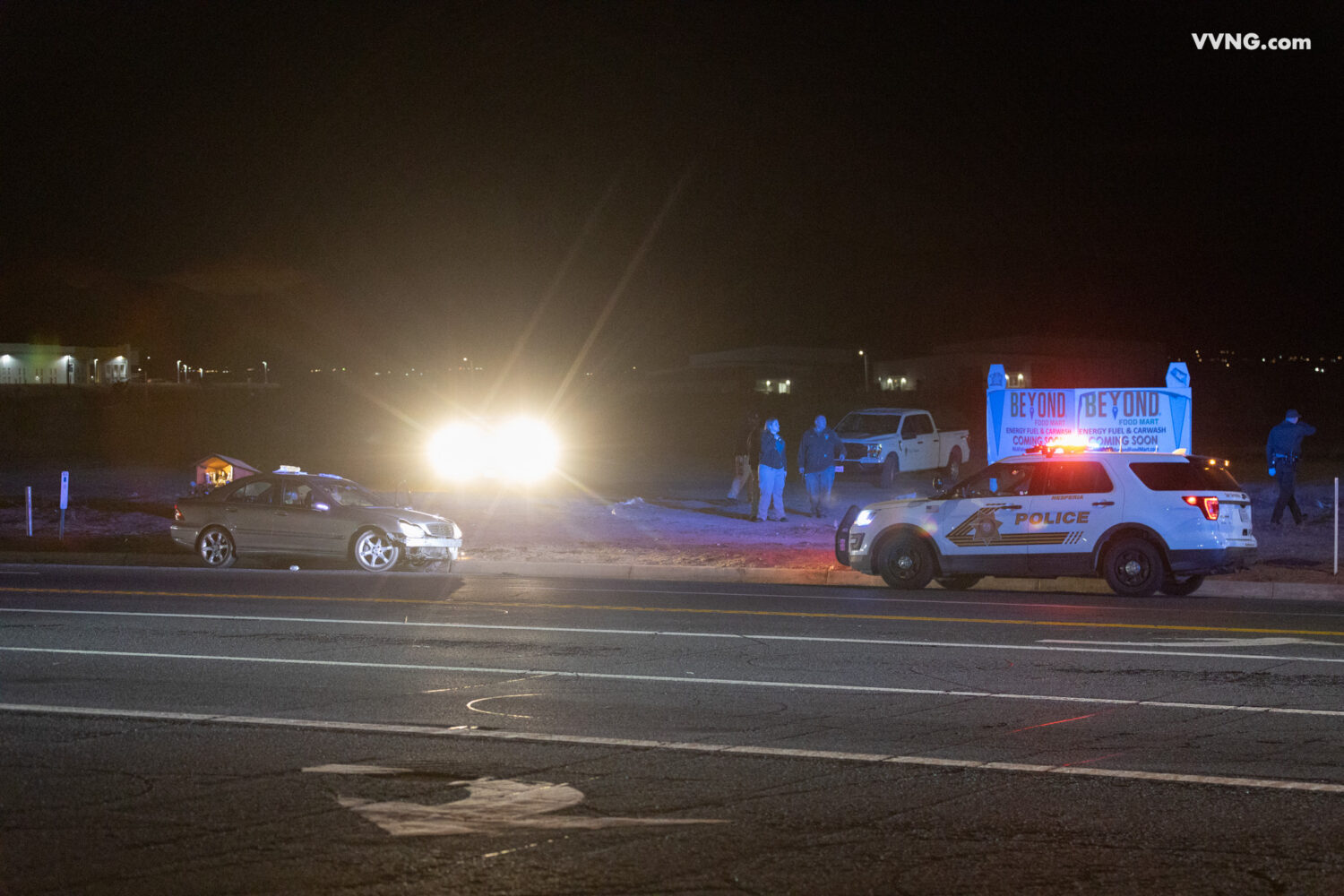 HESPERIA, Calif. (VVNG.com) — Authorities are continuing to investigate after a man was shot while driving near the Pilot Truck stop in Hesperia.

Deputies from the Hesperia Sheriff’s Station responded and located an adult male in Mercedes-Benz C240 that was facing the wrong direction in the southbound lanes.

According to a Monday morning news release, the male victim was found inside the vehicle suffering from a gunshot wound.

“Deputies learned the victim was shot while inside of his vehicle near the intersection of Joshua Street and US Highway 395 and drove a short distance before colliding into a curb on US Highway 395 near Three Flags Court,” stated the release.

Officials said the victim was transported to a trauma center for treatment of injuries and is currently in stable condition.

US Highway 395 was closed in both directions while detectives collected evidence and processed the scene.

The investigation is still ongoing and anyone with information about this investigation or who may have witnessed the incident is asked to contact Deputy C. Cusimano at the Hesperia Police Department at (760) 947-1500 or Sheriff’s Dispatch at (760) 956-5001.