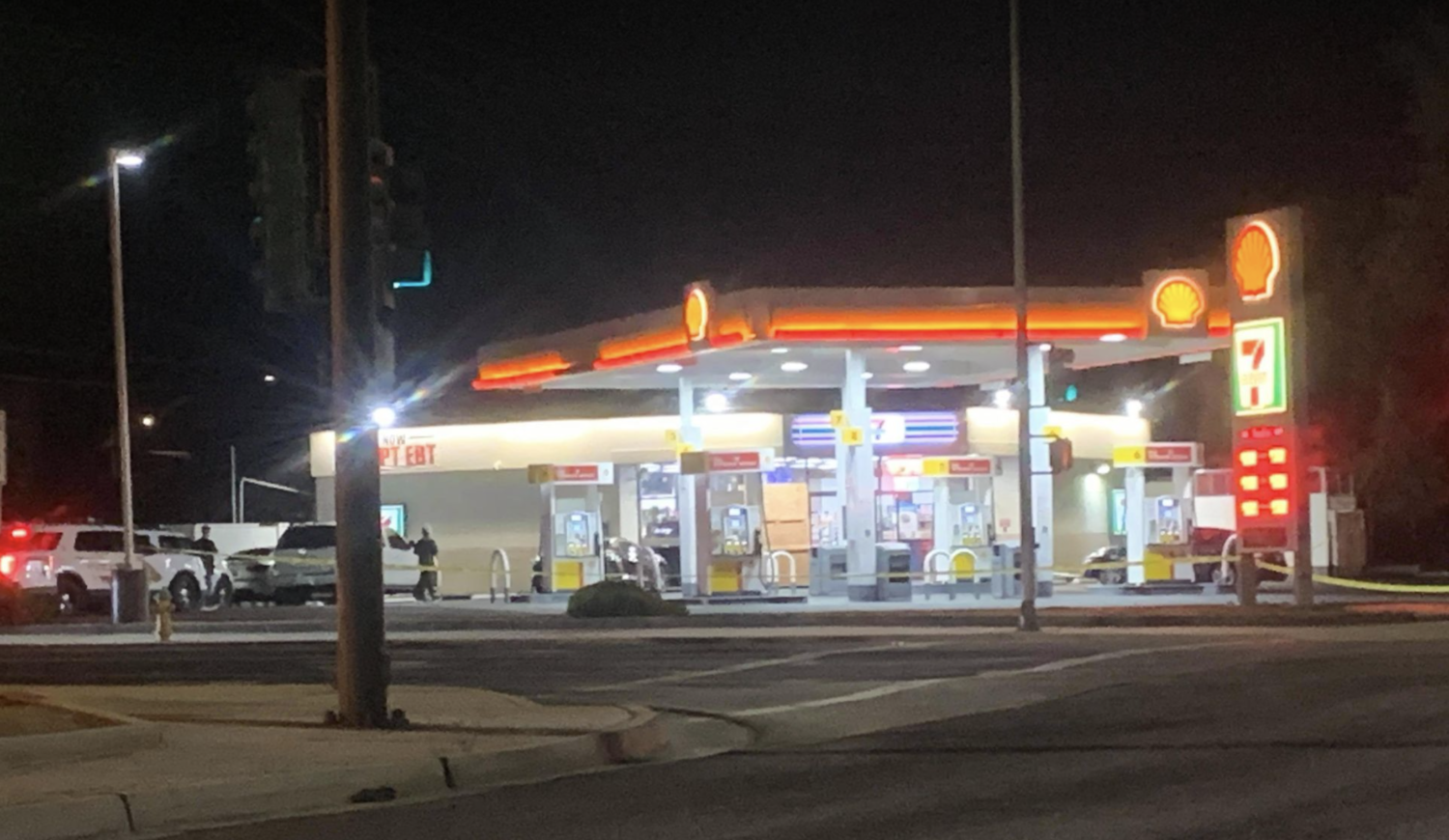 Sheriff’s spokeswoman Amanda Paslak said deputies responded to an assault with a deadly weapon and when deputies arrived they found a male suffering from a gunshot wound.

The 31-year-old male victim from Rowland Heights sustained critical injures and was transported to a hospital. An update on his condition was not available.

Deputies blocked off the gas station parking lot with crime scene tape for a couple of hours as they investigated.

According to a news release, “deputies determined the victim was in front of the incident location when the suspect, later identified as Willie Hatcher, approached on foot and pointed a firearm at the victim. Hatcher returned to his vehicle and the victim followed. Hatcher shot the victim once, striking him in the chest, and fled the scene.”

Deputies conducted an area check and located Hatcher’s vehicle in the area.

Hatcher was subsequently arrested without incident and booked into the High Desert Detention Center for PC 664/187(A)- Attempted Murder and PC 29800(A)(1)- Felon in Possession of a Firearm. The motive for the shooting remains under investigation.

A possible motive for the shooting was not released and officials said the investigation is still ongoing. Anyone with information about this investigation is asked to contact Detective J. Necochea at the Victorville Police Department at (760) 241-2911 or Sheriff’s Dispatch at (760) 956-5001. Callers wishing to remain anonymous are urged to call the We-Tip Hotline at 1-800-78CRIME (27463) or you may leave information on the We-Tip website at www.wetip.com.