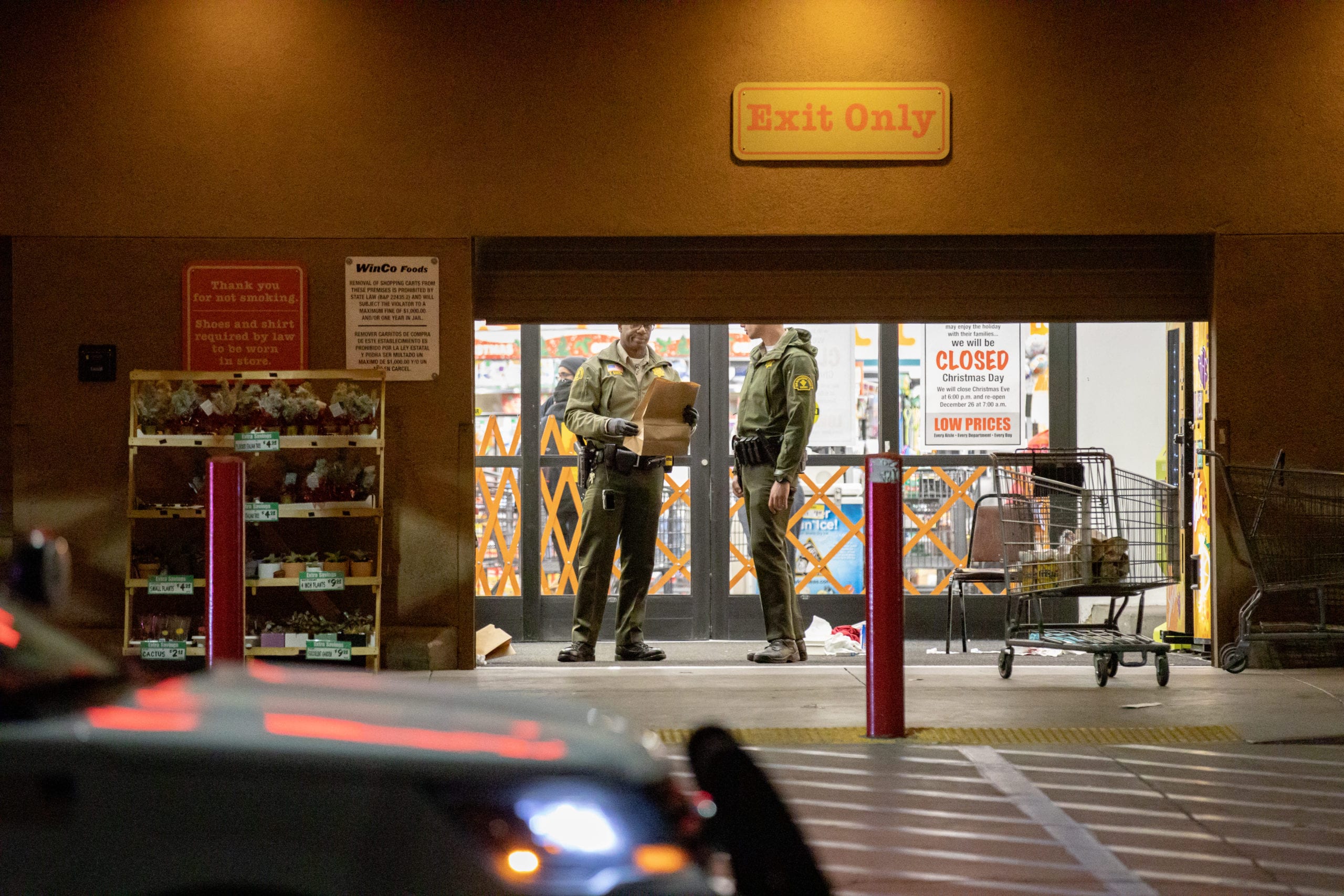 VICTORVILLE, Calif. (VVNG.com) — A man was shot at the Winco Foods in Victorville on December 21, forcing the store to close for several hours.

The shooting occurred near the entrance of the Winco Foods located in 15300 block of Roy Rogers Drive at about 12:38 am.

A sheriff’s deputy at the scene said a Hispanic man in his 30’s was airlifted to a trauma center as a precaution and is expected to survive his injuries.

A woman who was shopping said a deputy armed with a rifle walked inside the store and told customers to go towards the front of the store.

The woman said the man who was shot was bleeding from his upper chest.

Victorville City Fire responded and requested a medical helicopter to land at the Victor Valley Global Medical Center helipad. The male victim was subsequently flown to an out of area trauma center.

Deputies photographed a portion of the parking lot and collected evidence from the front entrance.

Sheriff’s officials have not released any details into the shooting or if anyone has been arrested.