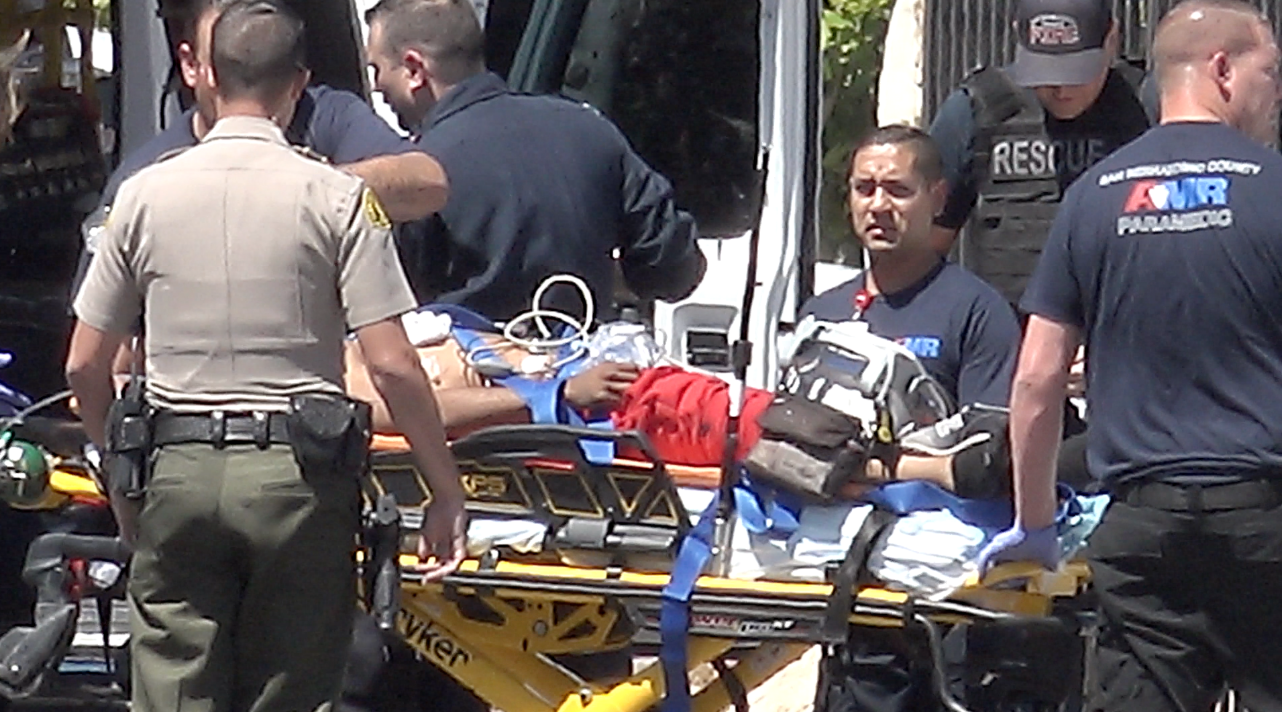 UPDATE 8/11 @ 4pm – Sheriff’s officials confirmed a male suspect in this shooting has been detained. More info to follow.

VICTORVILLE, Calif. (VVNG.com) A man is fighting for his life after being shot in his chest outside a Victorville apartment complex Tuesday afternoon.

The shooting occurred near the leasing office of the Wimbledon Apartment complex at 16950 Jasmine Street at around 1:43 pm.

“I heard one gunshot then looked outside my window, I saw a man standing near the office with a gun and then he fired off several more rounds, but I couldn’t see what he was shooting,” a witness told Victor Valley News.

According to sheriff’s spokeswoman Mara Rodriguez, after the shooting, the victim ran from the location across the street into the Bingo Hall at 12234 Hesperia Road.

The victim who was bleeding profusely collapsed near the front door of the business, officials said. Medical Aid responded and transported him to Desert Valley Hospital to an awaiting airship.

Per scanner reports, the suspect was described as a Hispanic male wearing a black t-shirt and red shorts. He was seen leaving the scene in a silver Isuzu Rodeo.

As of 2:30 pm. the condition of the victim remains unknown. Rodriguez said no suspects have been arrested in connection with the shooting.

Jasmine Street will remain closed for an unknown duration between 1st Avenue and Hesperia Road as officials investigate the shooting.

The Bingo Hall is also being treated as an active crime scene and will remain closed while officials investigate.

The story is developing and information will be updated as it comes available.