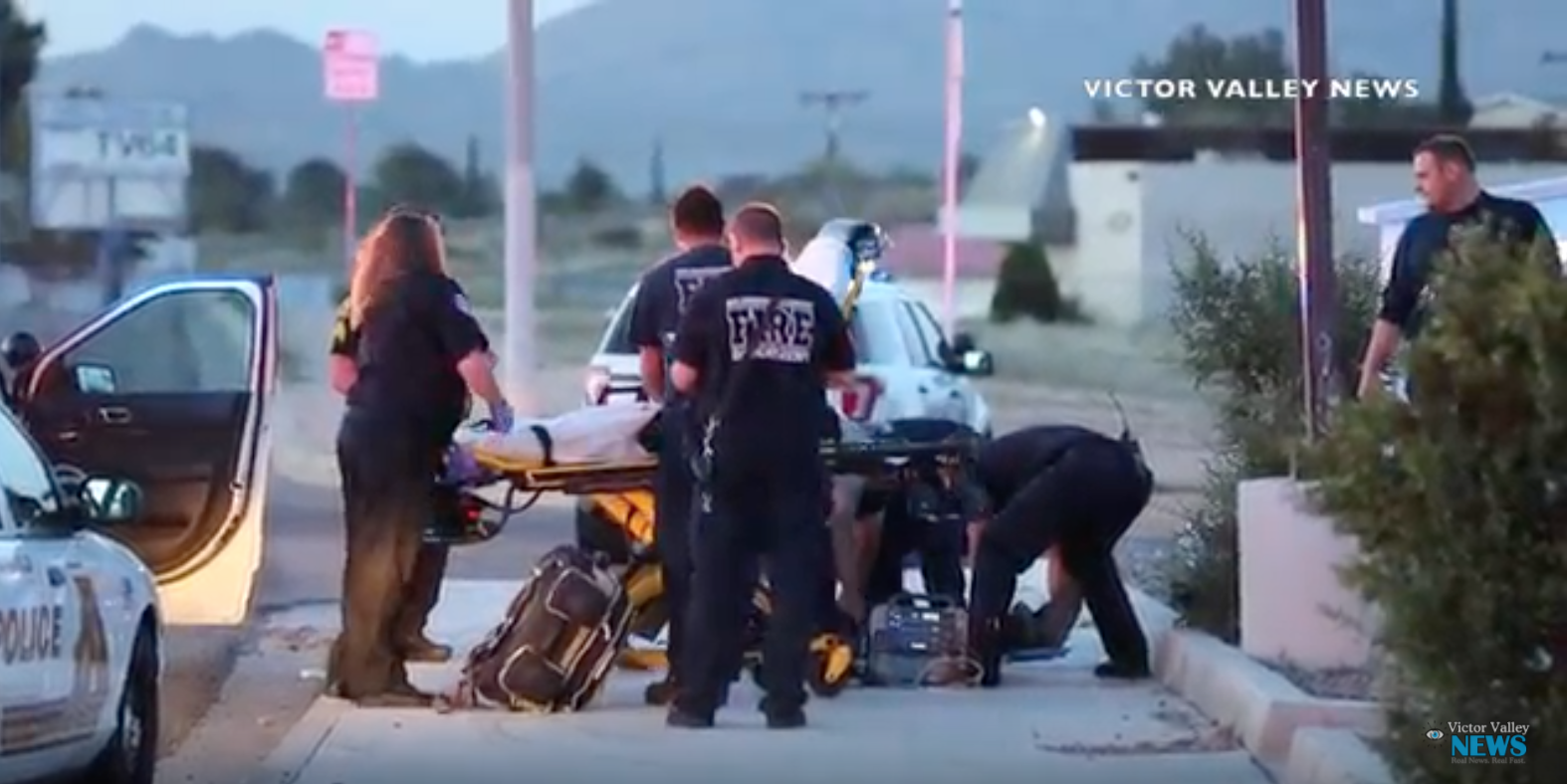 VICTORVILLE, Calif. (VVNG.com) A man was shot outside a liquor store in Victorville Saturday evening.

At approximately 7:20 p.m., deputies from the Victorville Station were dispatched to Calgo Lane and Village Drive referencing shots fired.

When deputies arrived they found an unresponsive black male adult, approximately 20 years of age, suffering from an apparent gunshot wound outside Brothers Liquor located on the 15500 block of Village Drive.

CPR was performed on the victim as he was being transported via ambulance to an unknown hospital with life-threatening injuries.

Authorities are in the process of reviewing store surveillance, as well as interviewing witnesses at the scene.

“I saw three guys yelling in the parking lot between the motel and the liquor store, once I got to the signal light I heard a pop and didn’t think anything of it,” a witness told Victor Valley News.

Village Drive is currently closed between Calgo Lane and Culebra Road for an unknown duration.

Detectives from the Sheriff’s Homicide Detail Division were summoned to assume the investigation.