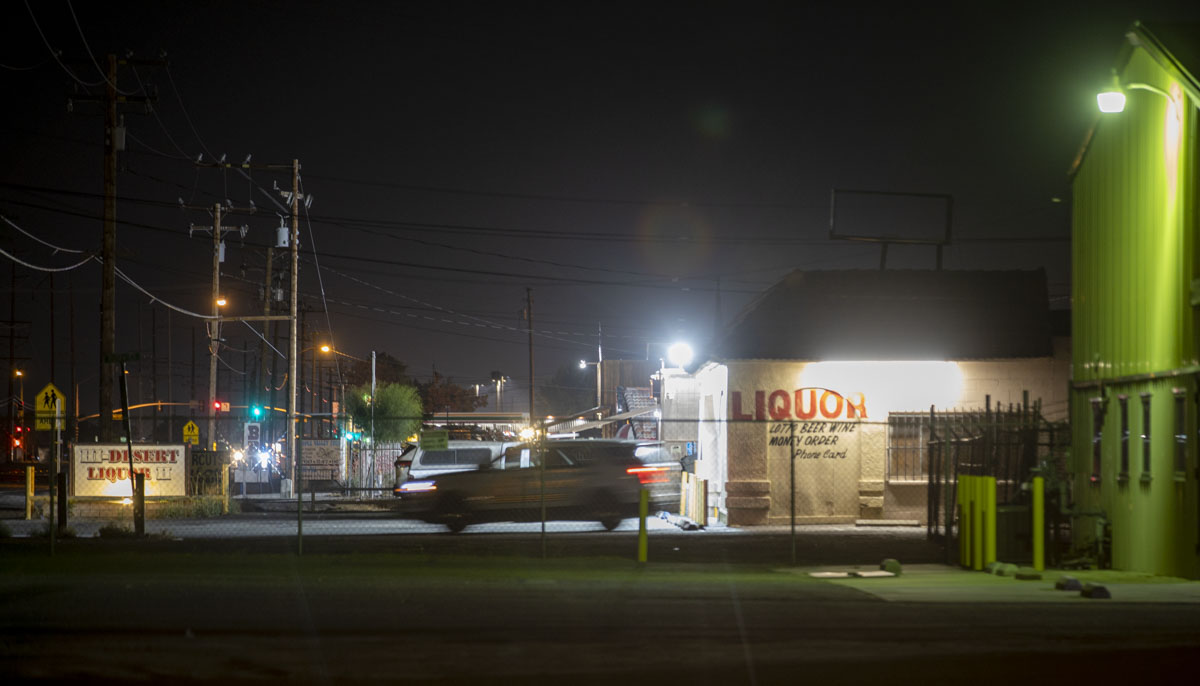 APPLE VALLEY, Calif. (VVNG.com) — A man was airlifted to a trauma hospital after he was shot Saturday night in the Town of Apple Valley.

It happened at about 7:05 PM outside the High Desert Liquor II in the 22000 block of Bear Valley Road.

Sherif’s spokeswoman Jodi Miller said one male victim was struck by gunfire and was transported by helicopter to a hospital. Deputies taped-off the liquor store parking lot as they conducted the investigation that wrapped up at about 10:30 PM.

Miller said the suspect or suspects fled the location before deputies arrived and very little suspect description was given to deputies.

According to unconfirmed reports there was a disagreement in the parking lot that resulted in one of the involved men pulling out a handgun.

The investigation is ongoing and anyone with information is asked to call the Apple Valley Police Department at 760-240-7400.