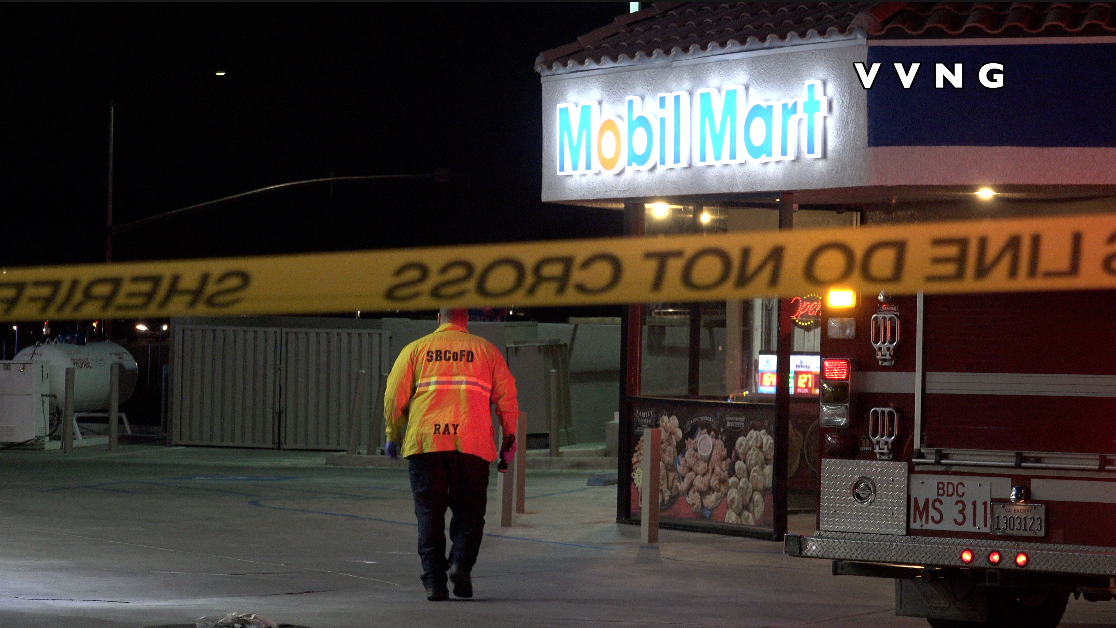 VICTORVILLE, CALIF. (VVNG.com) A man was transported to a hospital with life-threatening injuries after he was shot Monday night in Victorville.

Several gunshots were heard just after 7 p.m. near the Mobil gas station located on the 15900 block of Mojave Drive.

When deputies arrived on scene, they located an adult male victim lying behind the store in a dirt field suffering from an apparent gunshot wound to his chest.

The victim was rushed to a local hospital in critical condition.

Deputies gathered surveillance from local businesses hoping to identify the suspect involved, who remains outstanding according to officials.