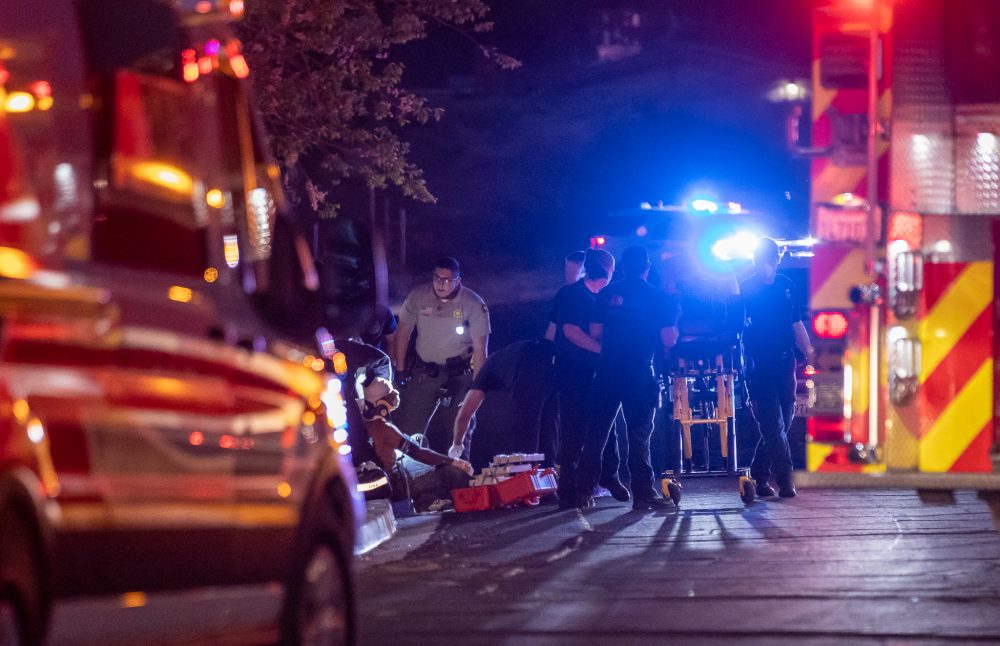 VICTORVILLE, Calif. (VVNG.com) — Police are continuing to investigate a shooting near Avalon Park that left a man wounded Friday evening.

The male victim walked from the park and down Avalon for approximately three minutes, leaving a trail of blood behind along the sidewalk before stopping just east of Fresno Street.

Victorville City Fire arrived and located the male with a gunshot wound to his left arm and requested a helicopter to land at Victor Valley Global Medical Center.

A Mercy Air helicopter accepted the flight and subsequently airlifted the male to an out of area trauma center.

Miller said the victim didn’t provide deputies with any suspect information and no arrests have been made.