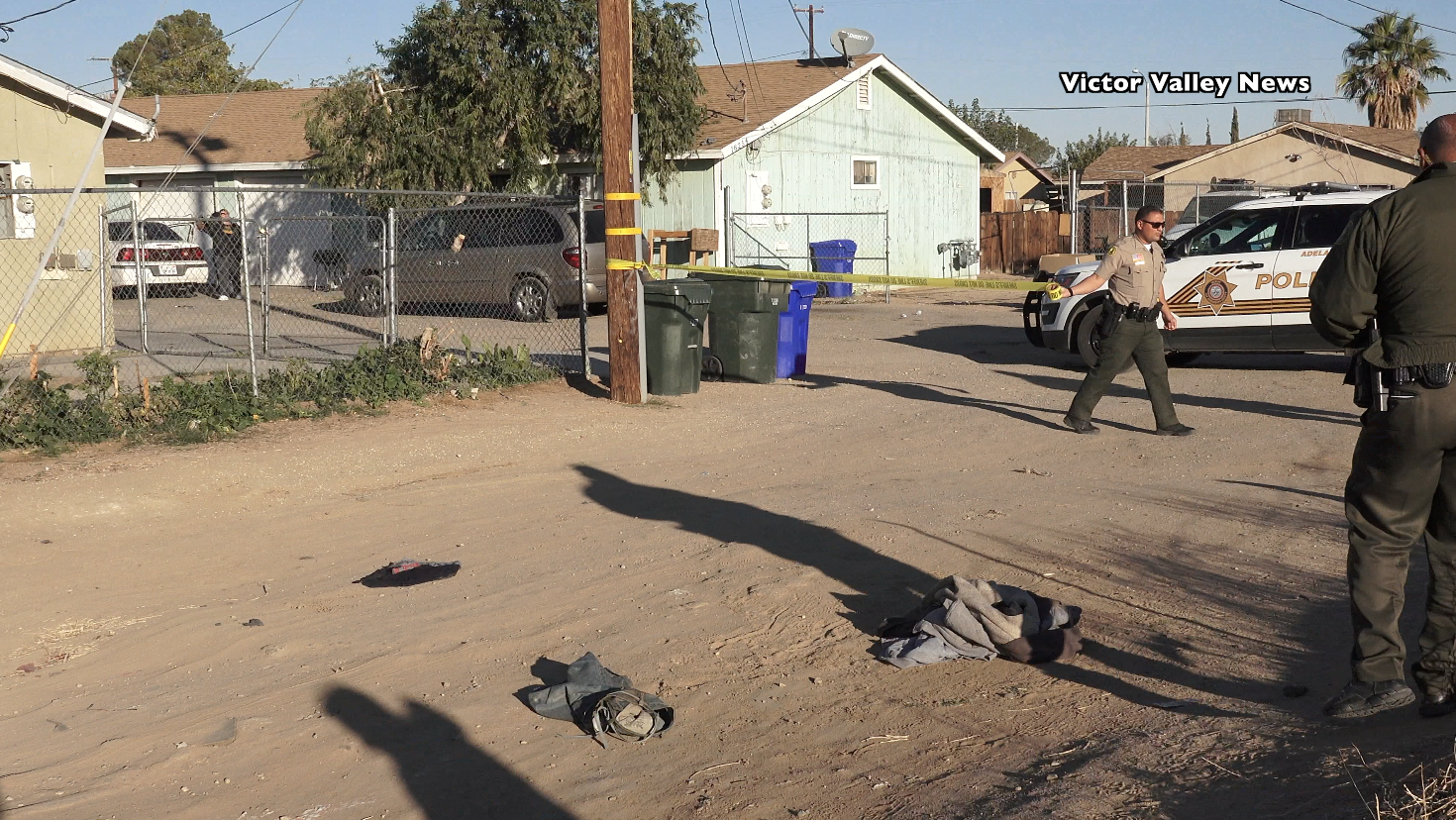 ADELANTO, Calif. (VVNG.com) — Deputies are searching for a gunman that left one man critically injured in Adelanto Friday morning near Madrone Street and Sage Street.

Just before 7:00 a.m on November 9, 2018, San Bernardino County Sheriff’s deputies from the Victor Valley Station were dispatched for reports of a man shot.

“I woke up this morning to about 6 or 7 gunshots in front of my house, there was a guy laying out in front surrounded by neighbors,” stated local resident Sherrell Montgomery.

According to Montgomery, the man was shot multiple times including in his stomach, thigh, and hip.

The man was airlifted to a trauma center and his condition remains unknown at this time.

Montgomery says recently she has noticed an increase in crime just blocks away from where she lives.

It’s the fourth shooting within Adelanto in less than a month.

On October 18th, San Bernardino County Sheriff’s Deputy Robert B. Jahn was shot at the Raintree Gardens Apartments while responding to a non-related call, two suspects were arrested.

On October 19, a young girl was shot while walking in the 11400 block of Villa Street near Delicious Street, no arrests have been made.

On November 1, two brothers were stabbed at the Raintree Gardens Apartments, the same complex where the deputy was shot last month. No arrests have been made.

Also on November 1, a 44-year-old man was shot in his head on the 11600 Block of Lawson Avenue in Adelanto. No arrests have been made.

Officials say they do not have a suspect in custody and are continuing to investigate today’s shooting.

“I’ve been here for over a year now and it’s kind of ridiculous because I lived here alone first in a four-apartment duplex, and I was alone and felt safe,” stated Montgomery. “And now I have the whole apartment occupied and I feel less safe than I did before.”