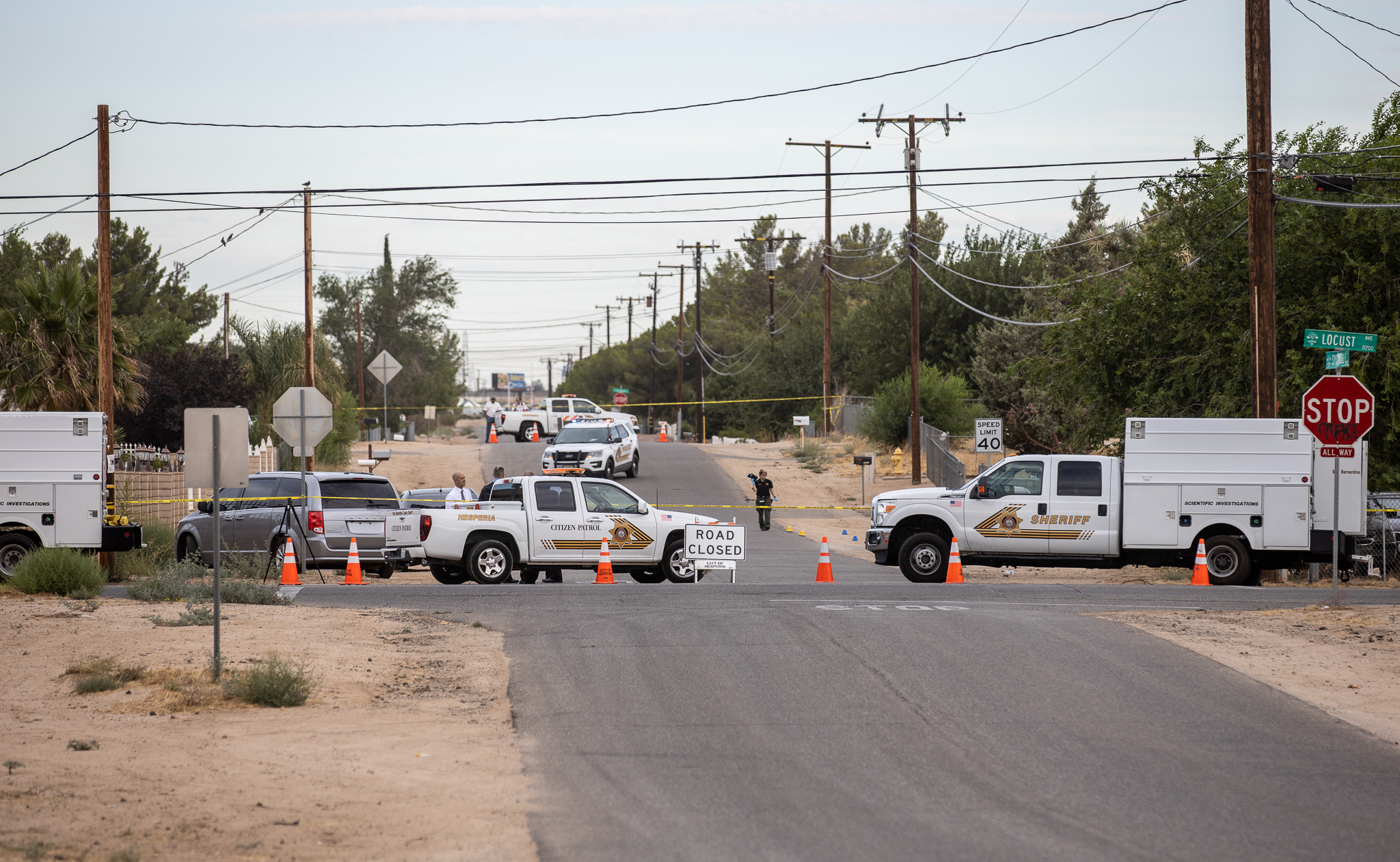 HESPERIA, Calif. (VVNG.com) — Homicide investigators and the Hesperia Police Department are investigating the shooting death of a young man outside his home early Tuesday morning.

First responders arrived and located the male victim inside the property fence, near a gate and pronounced him deceased at the scene.

Family of the deceased man told VVNG this was a drive-by shooting and the victim is in his early 20’s.

“He was just hanging out with friends and from what we’ve been told, a black car drove by and started shooting. He was a good kid, no gang involvement at all. We don’t know why someone would do this,” stated a family member.

Surveillance video obtained by VVNG from a near-by home captured the audio of about a dozen rounds of rapid gunfire. The resident who wished to remain anonymous said he was horrified after counting at least 9 rounds.

The San Bernardino County Sheriff’s Homicide Detail is investigating the incident and anyone with information is asked to contact the Hesperia Sheriff’s Station at 760-947-1500.