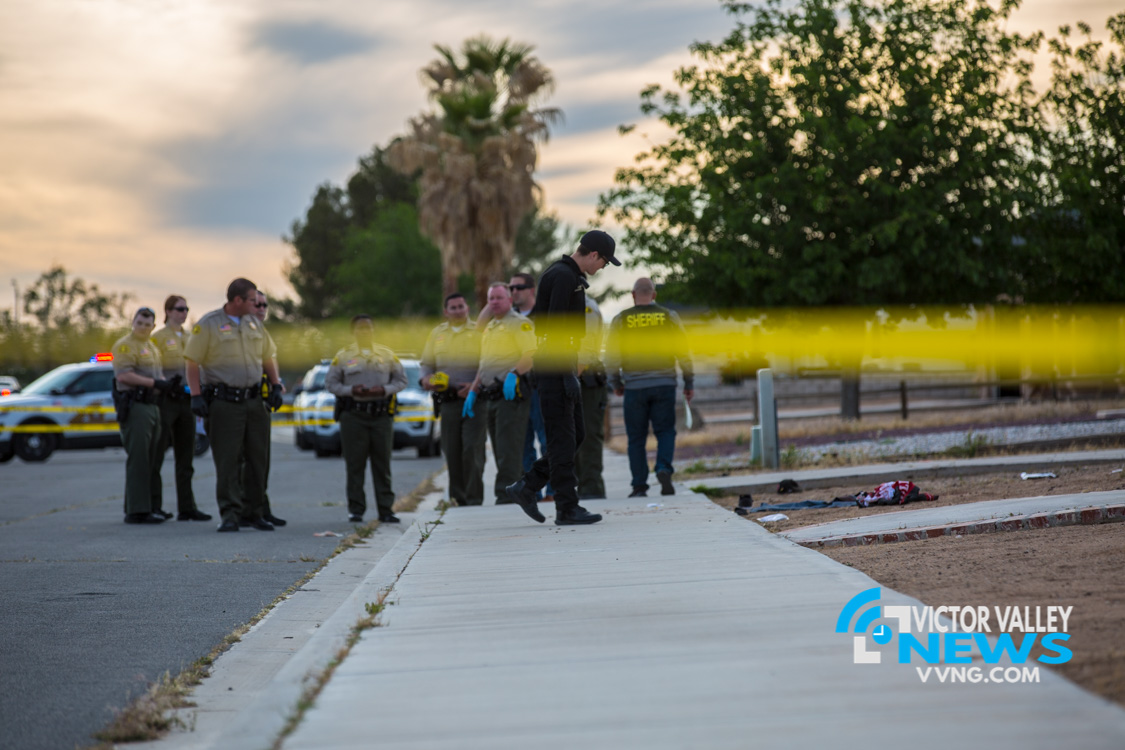 APPLE VALLEY, Calif. (VVNG.com) Police are searching for a shooting suspect after a man was shot on the sidewalk of a typically quite neighborhood.

The Apple Valley Police Department responded to a shooting call around 5:39 p.m. in the 22000 block of Huron Avenue in Apple Valley.

A man at the scene had blood on his face and hands after reportedly performing CPR on the victim as he laid on the ground, witnesses said.

Several people in the Apple Valley neighborhood told Victor Valley News that they heard at least two gunshots followed by a loud exhaust leaving the scene.

Deputies have not confirmed if the incident was a drive-by shooting.

Police at the scene confirmed no arrest had been made and they are continuing to investigate the shooting.

5 Arrested in the Murder of Johnny Lasoya